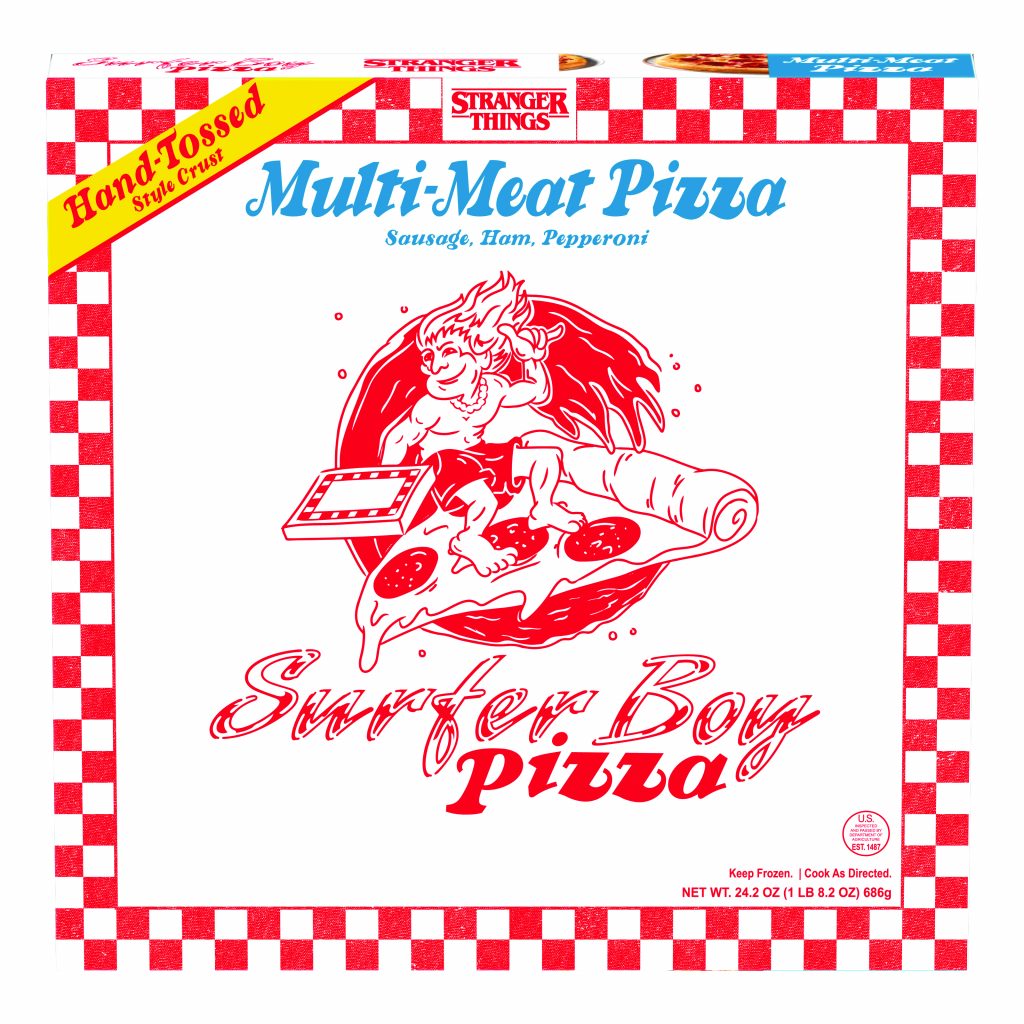 But retailers that emphasize affordability versus eating out can grab an even bigger slice of the frozen pizza pie.

Driven by price increases and a continued shift toward more premium options, frozen pizza dollar sales jumped 12.0% to more than $1.51 billion during the 12 weeks ended Oct. 30, according to Chicago-based market research firm IRI. However, unit sales fell 4.0% as consumers hit hard by inflation cut back on purchases. Still, the category outperformed the department as a whole because, even though it costs more than it used to, frozen pizza is still a whole lot cheaper than pizzeria fare. In fact, manufacturers say many consumers are trading up to more premium options for at-home consumption, which they view as an affordable indulgence. Does your assortment include an ample selection of restaurant-quality options —and are you emphasizing the value they offer versus takeout or delivery?

A simple sign comparing the cost of an at-home pizza meal versus a pizza meal at a restaurant can be very effective. But when you offer a meal deal that includes a bagged salad, soda and dessert, you’ll also remind shoppers that frozen pizza is the very definition of an easy home meal solution. (Bonus points if products are all merchandised together in a single display near the front of the store.) Pizza can also be an integral part of game day displays where it’s bundled with, say, wings and beer. What about cross-merchandising breakfast pizza with orange juice?

While a lot of premium frozen pizza skews indulgent (think stuffed crust, double-topped and “gourmet”), the category has also seen an influx of better-for-you options. They run the gamut from clean label to lifestyle diet-friendly to plant-based, and manufacturers say offering an ample selection of these niche items helps keep certain shoppers — particularly Millennials and Gen Zs — from defecting to specialty supermarkets. Plus, what niche products lack in velocity they often more than make up for in dollar profits. But where to find room for them?

Some manufacturers would like to see retailers give frozen pizza more real estate by taking space from underperforming categories in the department. But if a Woodman’s-size pizza aisle isn’t in the cards (if you haven’t heard about it, check out the viral video on Twitter), suppliers say chains should consider eliminating “widespread duplication” in the conventional segment. I mean, how many different varieties of plain old pepperoni do you really need?

That said, it’s important to balance variety with capacity for top sellers. The frozen pizza category has been plagued by out-of-stocks during the past two years — a situation exacerbated by the exit of some major players from the DSD market. And that is unacceptable. “If out-of-stocks are an issue,” says one manufacturer, “the next best thing is to offer those facings to a company or brand that will keep the shelves stocked.”

Whoever’s stocking the section, make sure they front-face packages instead of stacking them (which we’re seeing in way too many stores lately) so shoppers don’t have to open freezer doors and pick up products to see exactly what’s inside. Yes, we know there’s a labor shortage, but manufacturers spend millions of dollars designing those front panels and it’s a shame when all of that effort is wasted.

Manufacturers also note a desire for local and regional brands that source ingredients locally as well. Are those products part of your assortment, and are you calling them out so shoppers know you’re supporting local businesses? (Shout out to Whole Foods for doing a great job highlighting local brands and sharing their stories.)

Shelf tags can also be used to call out attributes such as gluten-free, keto-friendly, organic and plant-based so it’s easy for shoppers to find what they’re looking for. Although a handful of retailers successfully merchandise such products in separate sections, most manufacturers suggest integrating them with mainstream frozen pizza so consumers can see all of their options in one place. That way, flexitarians, the low carb-curious and the “open-to-organic” who wouldn’t necessarily visit a dedicated set might actually pick up the higher-ring specialty product.

MAKE ROOM FOR VALUE BRANDS, TOO

While premium products continue to drive much of the growth in frozen pizza, the value segment is gaining momentum as budgets are stretched to the breaking point. In fact, although unit sales are down a bit, private label is doing better than many of the top 10 national brands. So make sure you have plenty of options for consumers short on cash. Manufacturers also suggest making room for single-serves, which are under-represented in many stores, despite the fact that they’re more productive on a linear shelf basis.