FROZEN PIZZA A POPULAR ALTERNATIVE TO DINING OUT 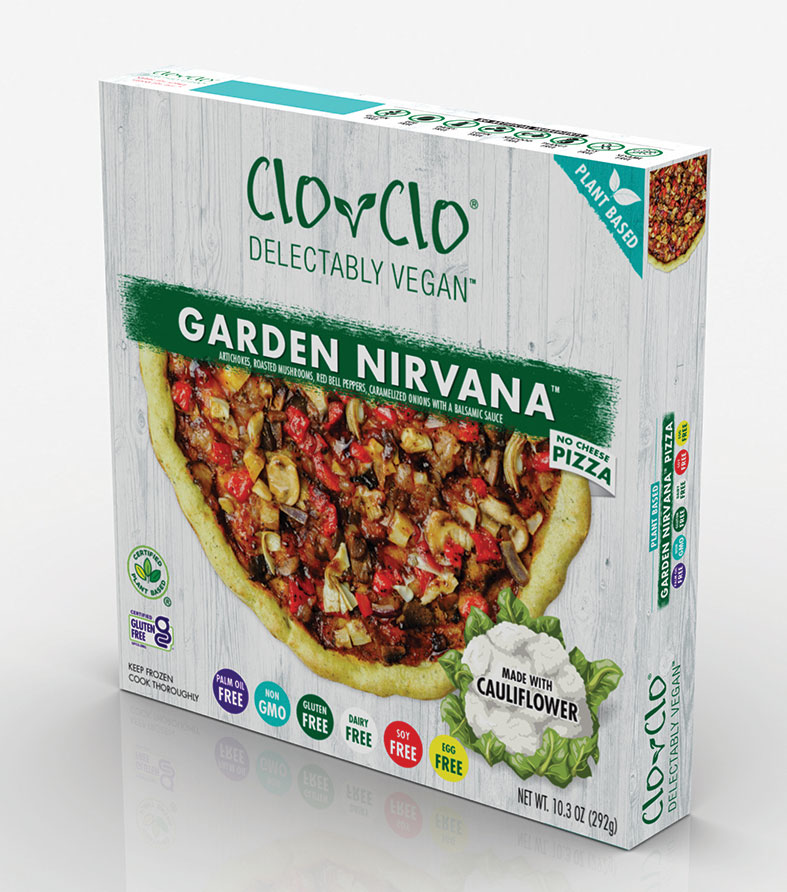 But consumers are treating themselves with premium varieties that still save plenty of dough.

During the 12 weeks ended Oct. 30, frozen pizza sales jumped 12.0% to $1.51 billion across channels, according to Chicago-based market research firm IRI (iriworldwide.com). However, unit sales slid 4.0% as consumers hit hard by inflation continued to cut back on purchases. The good news is that the category outperformed the frozen department as a whole in both measures, confirming manufacturers’ claim that even premium frozen pizza offers a more affordable alternative to takeout or delivery.

“Pizza is a category that always performs well in a recession as more consumers decide to have ‘pizza night at home’ versus going out for dinner,” confirms Brad Sterl, president and CEO of Pittsfield, N.H.-based American Flatbread. It may seem counter-intuitive, he adds, but the premium segment continues to thrive as shoppers view high quality frozen pizza as an affordable indulgence — sort of a “reward” for choosing to eat home.

As a result, says Matt Selvig, advertising and promotion manager at Edina, Minn.-based Bernatello’s Foods, “Consumers are demanding a better frozen pizza experience — higher quality, more toppings and cheese, more interesting flavors.” That said, private label is also doing better than many national brands, as are a handful of value brands, highlighting continued bifurcation in the category. But even in the surging value segment, “Consumers are looking for high quality, affordable options to feed their families.”

To meet that need, manufacturers continue to roll out new and improved products that make it easy to eat at home — no sacrifice required. Among the newest is Screamin’ Sicilian “I’m Stuffed” Stuffed Crust Pizza. Manufactured by Milwaukee-based Palermo’s, the product features a specialty artisan crust stuffed with 2.5 feet of cheese, reports chief product and innovation officer Nick Fallucca. And like the rest of the Screamin’ Sicilian lineup, the DSD collection is “overloaded” with premium toppings. Available flavors include Supreme, Pepperoni, Sausage & Pepperoni, and Cheese.

Another player in the stuffed crust space, Bloomington, Minn.-based Schwan’s Consumer Brands, recently rolled out a new recipe for its Red Baron Stuffed Crust Pizza, which debuted in 2020 so the 18% of pizza buyers who prefer stuffed crust would have a bake-at-home option, according to senior director of brand marketing Roger Galloway. The reformulated lineup, which includes Pepperoni, Four Cheese and Meat Trio varieties, offers at least 25% more toppings, “including more premium cheeses, more meat and a new garlic and parmesan herb sprinkle for premium taste,” he reports.

American Flatbread is also bringing a unique crust type to market, says Sterl, citing its new Grilled & Seared lineup. After fielding many questions from customers about how to grill pizza, the company decided to make it easy by creating an “already grilled and ready to go” collection built on its nutrient-rich sourdough crust (though it can use other doughs as well). Available varieties include Tuscan Margherita, Greek Isle and Truffle Fromage.

Schwan’s is also jumping into the craft pizza segment with its new Hearth & Fire collection. Three years in the making, the premium, restaurant-quality lineup will win over even frozen pizza skeptics, says Galloway. Made with a proprietary dough and unique combination of high-end toppings, the range includes The Margherita, The Pepperoni, The Bianca and The Mushroom. It’s available now in seven Kroger divisions, but additional distribution is planned for 2023.

While artisan pizza makers often utilize wood-fired ovens and other traditional preparation methods, category newcomer Watsonville, Calif.-based Eathos takes authenticity to another level by importing its new frozen lineup directly from Italy. In fact, the collection isn’t actually pizza; it’s pinsa, a product that dates back to the Roman Empire. The difference is the “leveled up” crust, says Gene Grant, director of brand and strategic sales. Pinsa features a light, airy crust made by combining non-GMO wheat with sourdough and then leavening the hand-stretched dough for 48 hours. “The result is a perfectly crisp crust on the outside with a delicately soft inside.” He adds, “Once you try it, you’ll see why we chose to introduce pinsa over traditional pizza.” The first Eathos Pinsa, a Pepperoni variety, will debut at Costco in Q1. A Three-Cheese SKU is also available, and the company is working on Pesto Caprese and Truffle flavors as well.

BETTER-FOR-YOU WORTH THE PRICE

The other side of the premium frozen pizza category is occupied by better-for-you products free from any number of undesirable ingredients. Aimed at the growing number of consumers following various lifestyle diets — either because they have to or because they want to — “They fill a need in the market that mainstream brands can’t,” says Augie Hinnenkamp, CEO of CLO-CLO Vegan Foods, Edina, Minn. “So retailers shouldn’t be too hasty to assume that better-for-you [brands are] too expensive for today’s consumer,” especially those who might not otherwise be able to enjoy pizza.

To meet the needs of those shoppers, CLO-CLO is expanding its healthy frozen pizza lineup, which is made with sustainably and ethically sourced ingredients and free of 15 common allergens (gluten, nuts, dairy, soy, etc.). Newcomers include Chicken BBQ Recipe (on a plant-based sweet potato crust with mozzarella-style shreds and chick’n sausage crumbles) and no-cheese Garden Nirvana (on a veggie-infused crust loaded with vegetables and enhanced with balsamic sauce).

Another new better-for-you option aimed at those following a popular diet plan comes from Denver-based Cappello’s, which just added Uncured Pepperoni Pizza to its Low Carb Lifestyle collection. A third of all frozen pizza sales are Pepperoni, so adding that variety was a no-brainer. But Capello’s version is made with turnips rich in fiber, iron, vitamin E and antioxidants, so it packs a nutritional punch — and contains only 6 grams of net carbs per serving, according to the company.

Meanwhile, in the gluten-free segment, Italy-based Panificio Cremona Italia is rolling out twin packs of frozen, certified gluten-free pizza crusts that contain a full serving of vegetables and 10 grams of protein per serving. Described as “cauliflower crust 2.0,” the patent-pending rustic crusts include a variety of other Italian vegetables, including broccoli, spinach and carrots enriched with alternative flours, says USA sales manager Elizabeth Garrity. For example, Palermo’s just added Loaded Breadstix to its Screamin’ Sicilian lineup that can be used as a meal, an appetizer or even a dessert, thanks to the addition of a Cinnamon Apple flavor. Other “overloaded” varieties include Cheesy Garlic, Cheesy Buffalo, Pepperoni and Nacho Cheese, all of which bake in the included tray, says Fallucca.

Eathos is also rolling out a fun new format, says Grant, citing the company’s new line of piadinas imported from Italy. Developed in response to growth in the frozen handheld segment where few premium options exist currently, the popular Italian street food is described as a cross between traditional pizza and a cheesy quesadilla. Sometimes referred to as an Italian flatbread sandwich, it’s currently offered in a Four-Cheese flavor, though Roasted Vegetable and Pepperoni varieties are in development, says Grant.