RESEARCH SHOWS CHEESE MAY BE GOOD FOR YOU! 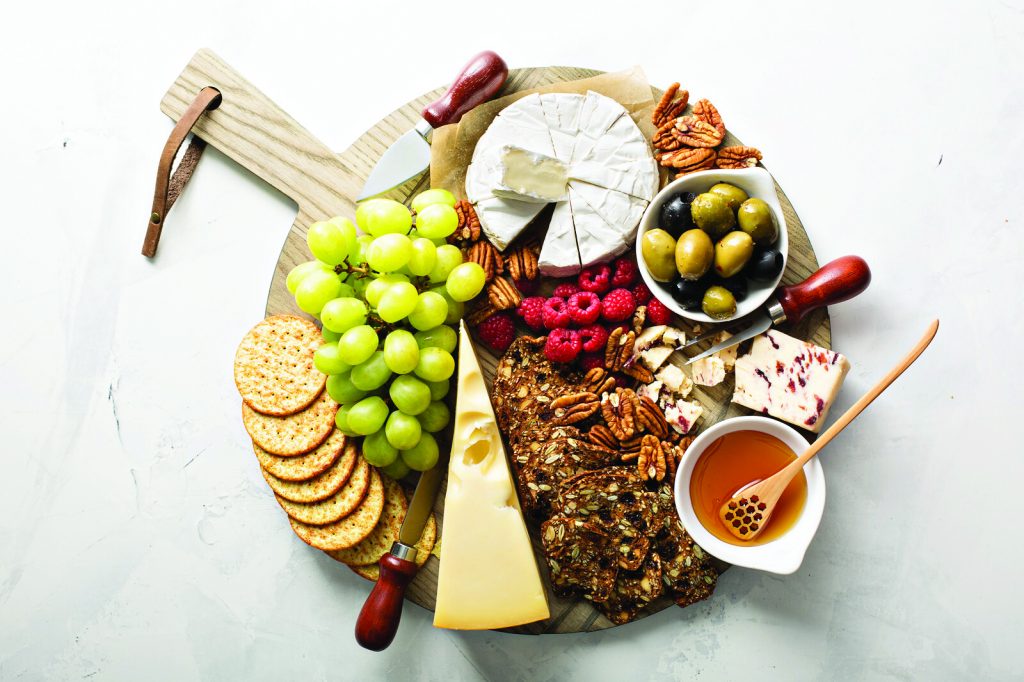 November’s Consumer Reports says cheese can actually reduce the risk of heart attack as it improves gut health and prevents disease. Maybe it’s time for some consumer education and demos.

“When people talk about their fondness for cheese, it’s often in a guilty, confessional way, like “Cheese is my weakness,” says a four-page article in the November issue of Consumer Reports.

Calling on a wide range of scientists and industry experts, the publication notes that even full-fat cheese won’t necessarily make you gain weight or have a heart attack. And it won’t raise or reduce your risk of chronic conditions such as heart disease and type 2 diabetes. In fact, some research shows cheese might even be protective.

—People who ate 1.5 ounces of cheese daily had a 10% lower risk of cardiovascular disease, researchers found. Cheese can also lower the risk of both diabetes and high blood pressure. Eating two servings of full-fat dairy or a mix of full-fat and low-fat was linked to a 24% and 11% reduction of risk of both conditions compared with eating none. Eating low-fat only slightly raised the risk.

—Saturated fat in cheese raised LDL cholesterol levels less than butter did, perhaps because minerals like calcium in cheese bind with fatty acids in your intestines and flush them out of your body, or because they help break down cholesterol.

—Vitamin K, which can form during cheese’s fermentation, helps with blood clotting and the health of bone and blood vessels. (Higher-fat cheeses like cheddar and blue have the most.)

—Both raw and pasteurized cheese have bacteria that can be beneficial to your gut’s microbiota. This good bacteria, found mostly in aged cheeses such as cheddar and Gouda, help break down food, synthesize vitamins and boost immunity.

—Yes, cheese has lots of calories, so portion control is important. But in one study, cheese wasn’t associated with weight gain or loss. In fact, it may help control weight since it cuts appetite more than other dairy products.

—The bacteria used to make many cheeses digests most of the lactose in milk. Those with lactose digestion problems are wise to stick to hard and/or aged cheese such as cheddar, provolone, Parmesan, blue, Camembert and Gouda, and minimize soft cheese like ricotta and cottage cheese. Keep in mind that an ounce of cheddar has about 0.01 gram of lactose, while a half cup of cottage cheese has 3.2 grams. And, a cup of whole milk has 12 grams.