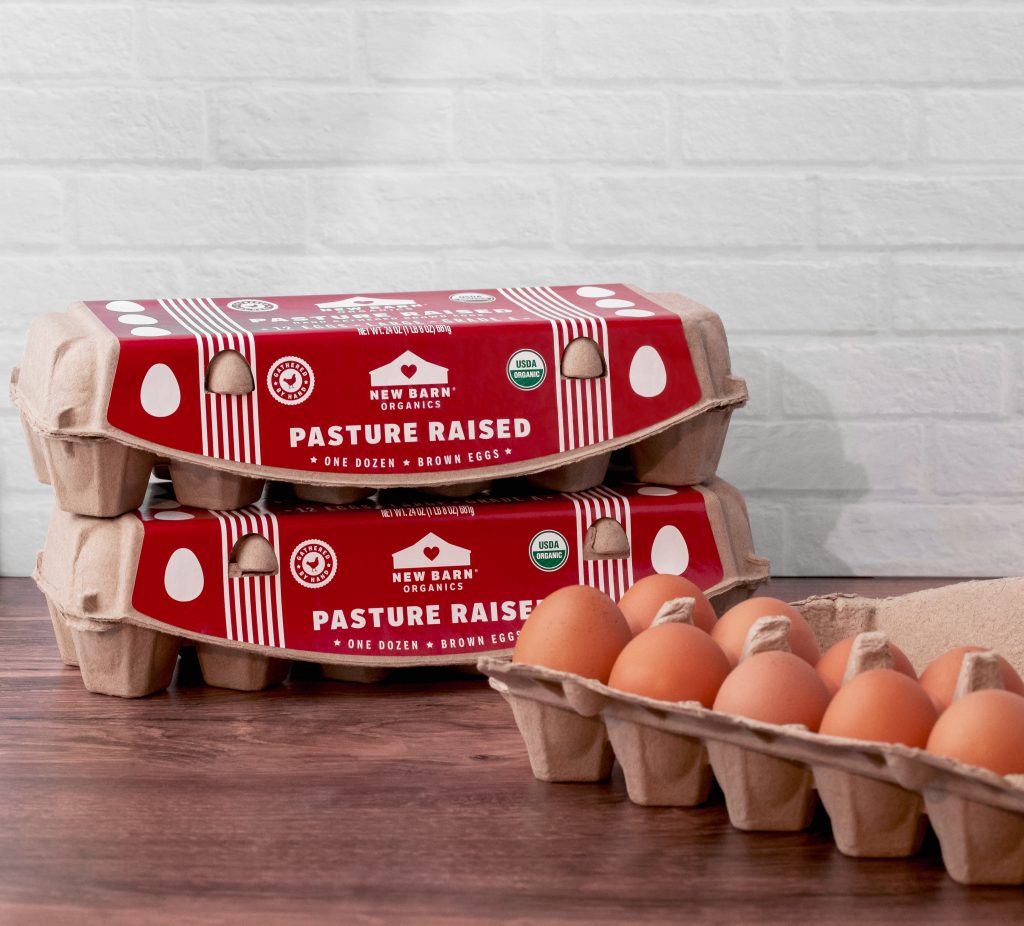 Acombination of avian flu, war- and drought-related grain and fertilizer shortages, rising freight costs and general post-COVID supply chain sluggishness is driving record increases in retail egg prices, which hit $4.18 a dozen in early October. It’s no surprise, then, that dollar sales during the 12 weeks ended Sept. 4 were up a whopping 54.4% versus the same period a year ago, according to Chicago-based market research firm IRI (iriworldwide.com). However, the fact that unit sales fell only 0.6% in the face of such historic increases does come as a bit of a surprise.

Yes, eggs are expensive, explains George Weaver IV, marketing and brand manager at New Holland, Pa.-based Nature’s Yoke. “But when inflation is occurring across the board, and the price of meat is going up, too, eggs are one of the cheapest forms of protein.” As a result, the USDA predicts per capita egg consumption will remain virtually unchanged, falling from 280.5 in 2021 to 279.9 in 2022.

Another interesting phenomenon, given the increase in retail prices, is the continued shift toward even more expensive specialty eggs. Nielsen figures provided by the American Egg Board, Chicago, verify that conventional egg equalized volume fell 10.2% year-to-date across channels, while equalized volume of cage-free, pasture-raised and free-range eggs jumped 55.2%, 28.2% and 13.0%, respectively, during the same period ended Sept. 10.

While some of that can be attributed to legislation in California and other states that prohibits the sale of eggs produced by caged hens as well as bans by certain retailers, suppliers say a narrowing price gap also plays a role. In fact, reports Emily Hahn, senior category strategy manager at Pete & Gerry’s, Monroe, N.H., conventional caged egg prices have jumped 88% during the most recent 12 weeks while premium egg prices have only risen between 10% and 25% versus a year ago. So trading up is a lot easier than it used to be.

“With commodity egg prices so high, many shoppers think, ‘Why not just pay a few cents more for specialty eggs?’” confirms Kerry Robb, marketing manager at Denver-based NestFresh, whose portfolio also includes New Barn Organics. But the shift is about more than just dollars and cents, she adds. Consumers today are much more educated about the differences between various types of eggs, and they’re willing to pay a little extra for a product that aligns with their values, she explains. To that end, NestFresh recently debuted pasture-raised Regenerative Organic Certified (ROC) eggs that check all of shoppers’ boxes.

Currently offered only in dozens, the new SKU is available at Whole Foods in four regions. “But we have plans to certify more farms,” which may allow expanded distribution, adds Robb.

‘With commodity egg prices so high, many shoppers think, ‘Why not just pay a few cents more for specialty eggs?’

Another player, Austin, Texas-based Vital Farms recently launched a similar product, Restorative Pasture-Raised Eggs, which are also produced using regenerative agriculture principles. But the company says it opted to call them Restorative rather than Regenerative because there are limited third-party certification options for egg farmers who follow regenerative practices but don’t use mobile coops. The organic eggs are offered in home-compostable cartons made with natural grasses. While regenerative agriculture certification is becoming increasingly important, “more mainstream” pasture-raised eggs registered the second-biggest unit sales gain (after cage-free) during the most recent 12 weeks, prompting Pete & Gerry’s to announce plans to enter the segment in early 2023. “We are excited to offer a new item that prioritizes humane hen treatment and ethical and sustainable production for a distinct egg consumer psychographic,” says Hahn. “Our pasture-raised hens uphold the Certified Humane standards of animal welfare and are raised under sunny skies with room to roam, forage and thrive, with 108 square feet of pasture per hen. We are also proud to partner with 1% for the Planet, donating 1% of sales to environmental causes.”

Despite strong growth in the specialty segment, “We find that some retailers are hesitant to lean into the premium egg assortment and don’t want to take shelf space from conventional eggs,” says Hahn. “But finding the right mix of conventional and premium eggs is the key to a fast-growing category.” In fact, she continues, retailers should do everything in their power to help educate consumers about the differences between the various egg types — utilizing shelf talkers, door clings, floor decals, overhead signs, etc. — in the hope that they’ll trade up. “Premium egg consumers spend more per trip ($107) compared to [conventional] egg buyers ($95), which can help drive incremental growth for the category and retailer as a result,” she says. While offering an ample selection of cage-free, pasture-raised and free-range eggs is a no-brainer — and regenerative organic eggs certainly deserve consideration — Nature Yolk’s Weaver suggests mainstream chains add even more niche items to their assortments. For example, he says, “Retailers that add our pasture-raised duck eggs and pasture-raised soy-free eggs are always surprised by their success. They will never be the No. 1 seller, but they will bring in a consumer that the store wants.” He adds that shoppers who want duck or soy-free eggs will search until they find them. “The question is: Do you want them in your store where they’ll buy other products as well, or do you want to let them go elsewhere?”