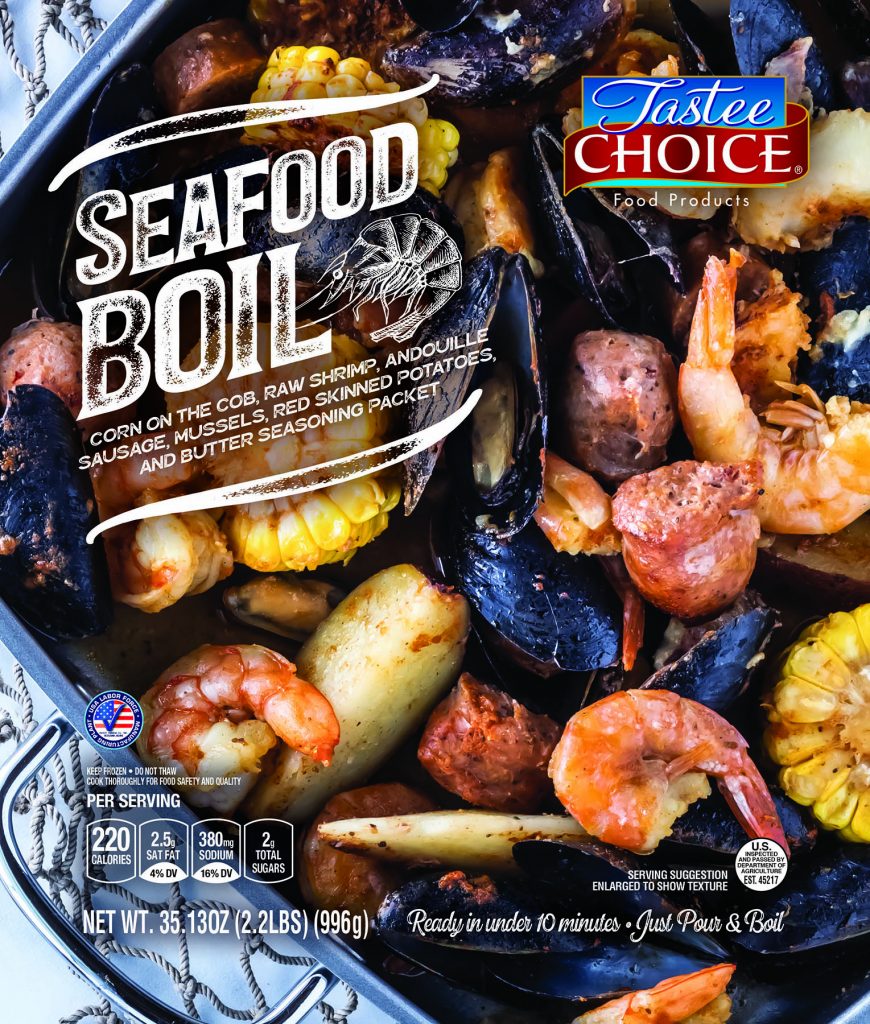 But frozen continues to outperform fresh, thanks to its perceived value and lack of waste.

Thanks to inflation and increased restaurant visits, sales of frozen and fresh seafood in U.S. supermarkets continue to decline. But frozen seafood (-6.0%) outperformed the fresh category (-10.5%) during the 13 weeks ended Aug. 7 because consumers perceive it to be a value versus fresh, says Anne-Marie Roerink, principal of Lakeland, Fla.-based 210 Analytics, which works with Chicago-based market research firm IRI (iriworldwide.com).

‘Frozen [seafood] often does well in times of recessionary pressure. In the mind of the consumer, frozen tends to have a price advantage. In reality, this isn’t always the case, but it’s a long-rooted perception.’

The trend moderated a bit during the month of August, when fresh sales dropped 6.1% versus a loss of only 3.6% for frozen, says Roerink. “Frozen [seafood] often does well in times of recessionary pressure,” she explains. “In the mind of the consumer, frozen tends to have a price advantage. In reality, this isn’t always the case, but it’s a long-rooted perception.” Plus, frozen seafood can be used a little at a time, so there’s no waste, she adds. “This all weighs more heavily when there is a lot of pressure on the food dollar.” And pressure definitely ratcheted up in August.

Despite inflation, certain fresh and frozen products continue to hold their own. For example, refrigerated surimi sales shot up 5.4% during the 13 weeks ending Aug. 7. Bellingham, Wash.-based Trans-Ocean is the leader in that category, with a 50.7% share, and saw its sales jump 12.0% during the most recent quarter, according to IRI.

“Consumers still who want their crab/lobster fix are shifting to the cost-saving and more readily available alternative of imitation,” says Peter Swanson, consultant for the protein industries at IRI. “Further, the marketing for imitation seafood snack sticks has taken off, so they’re becoming a more mainstream snacking product.”

CRITICAL FACTOR FOR SUCCESS
Continuous supply of key ingredients is also critical to success. “We expect our sales to almost double this year,” says Moe Cheramie, vp of sales and marketing for the frozen skillet meal division at The Choice Group, Great Falls, Va. He says the company has overcome supply chain problems created by COVID-19 and has a steady supply of shrimp from its plant in India, which has gotten some important upgrades recently.

Gloucester, Mass.-based Gorton’s is also seeing gains through the most recent quarter, thanks to the strength of its core breaded and battered Wild Alaskan pollock fillets and sticks business, reports vp of marketing Chris Hussey.

“Consumers have responded positively to our ‘Fresh Taste’ messaging,” she says. “And the higher quality raw material used in our resealable bag line has helped to keep many of the new households in the category.”

Portland, Maine-based Bristol Seafood is also bucking the downward trend, watching sales of its My Fish Dish and Seafood Singles product lines jump 150% during the most recent quarter, according to vp of sales and marketing Irene Moon.

Despite “unprecedented” supply chain inflation and pricing that’s a persistent challenge, “We’re focused on ensuring that shoppers see value in our products, and we are careful never to sacrifice our quality standards to provide a cheaper product,” she says. The company also opened a dedicated facility for value-added seafood brands in the spring of 2022, “which is helping [provide] the capacity to support our growth while allowing us to operate efficiently.”

Still, says Moon, overall seafood sales at retail are declining, not because consumers are balking at seafood prices but because some sales are shifting back to foodservice.

In addition to demonstrating value to shoppers, many suppliers are launching innovative products to keep consumers interested. The category is welcoming more shrimp products in particular, due to its broad appeal and relatively stable price in the past year compared to many other species.

Tastee Choice, which offers a variety of shrimp and Italian seafood skillet meals, plans to roll out a breaded shrimp and calamari line in November that will include Butterfly Shrimp, Coconut Shrimp and Calamari, along with other items. The breaded items will be sold in 9-ounce bags, along with 2-pound bulk packages for the deli department. “Delis cook a lot of breaded shrimp,” says Cheramie. “We found a niche there.” ITEM ‘IS GOING GANGBUSTERS’
Another new Tastee Choice item, a 2.2-pound Seafood Boil bag that launched earlier this year, “is going gangbusters,” says Cheramie. “We thought it would be a seasonal item, but it is selling well [year-round]. And we sell it all over the country — Alaska, Guam, and other areas. Cajun items are popular everywhere.” The product includes shrimp, Andouille sausage, mussels, corn on the cob, potatoes, and a butter seasoning packet.

Another new item inspired by a regional favorite is Gorton’s new Southern Style Butterfly Shrimp. Limited distribution begins this month and will expand to more retailers in early 2023, says Hussey.

“The launch of Southern Style Butterfly Shrimp stems from the well-known rise of the ‘Chicken Sandwich Wars,’ a trend that continues to expand across multiple grocery categories — and a flavor consumers know and love,” she explains. The shrimp features a crunchy coating with a tasty mix of buttermilk, pepper, and other southern-inspired herbs and spices “to provide consumers with a great-tasting, more indulgent experience.” Hussey adds, “The extra crunch sets it apart from the rest of our shrimp portfolio.”

Overall seafood sales at retail are declining, not because consumers are balking at seafood prices but because some sales are shifting back to foodservice.

The skewers “help retailers looking for ready-to-cook options [that provide] more opportunities to get shrimp into consumer’s hands,” says vp of sales Jennifer Barrett. For consumers who prefer to create their own seafood dishes, the bags are doing well because “you really can’t beat the value of shrimp,” she continues. “Wild shrimp prices are still below the historical levels from 2014. For us, when you take into consideration food safety, quality of natural ingredients, and all of our product’s attributes — chemical-free, sustainable, best fishing practices — shrimp offers a very good value.”

‘You really can’t beat the value of shrimp.’

“These new items appeal to all sorts of consumers: grillers, adventure-seekers, and consumers who prefer a more familiar experience,” says Moon. “We think this diversity of approach is what makes our products resonate with shoppers: there’s the right item to help everyone enjoy seafood meals more often.”