ICE CREAM DOWN, BUT NOT OUT 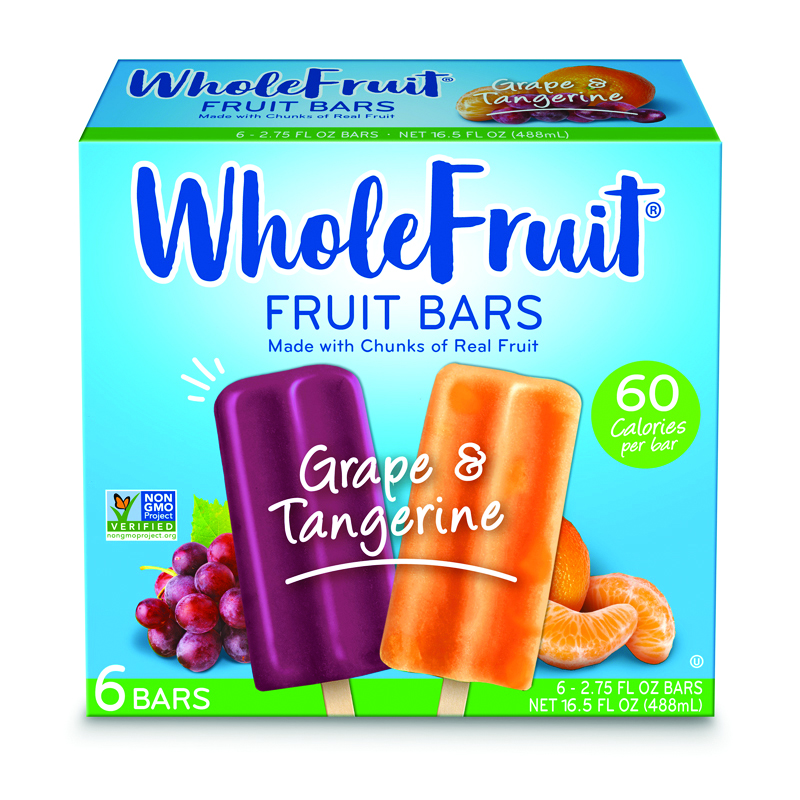 Unit declines are slowing — and only half that of the frozen department as a whole — sparking hope that the innovation pipeline will reopen soon.

Although dollar sales of ice cream and frozen novelties jumped 6.3% (to $1.87 billion) and 10.9% (to $2.07 billion), respectively, during the 12 weeks ended Aug. 7, units were down in both categories, according to Chicago-based market research firm IRI (iriworldwide.com). The good news is ice cream units fell just 2.0% and novelties 2.8% — only about half as much as the rest of the frozen department. While ice cream and novelties often outperform other frozen foods during the summer when cool treats are especially refreshing, manufacturers say there’s more to it this time around.

‘Even when there’s a lot of negative news, shoppers still find room in the grocery budget for some indulgence, for comfort food.’

Consumers have had a rough go of it these past two years — first the pandemic, now record inflation, says Steve Crane, national accounts manager at Richmond, Utah-based Casper’s Ice Cream. “But even when there’s a lot of negative news, shoppers still find room in the grocery budget for some indulgence, for comfort food,” he says. And what’s more comforting than ice cream?

It’s also a fairly inexpensive way for shoppers to treat themselves, says Shannon Sherrad, vp of sales at Cincinnati-based Graeter’s Ice Cream. “Yes, consumers are cutting back, but that may mean choosing a more expensive treat at the supermarket rather than eating out,” she explains. Other shoppers may find themselves trading down to more affordable brands, including private label, which registered double-digit dollar gains and high single-digit unit gains in both the ice cream and novelties subcategories. In addition, reports Sherrad, “In the pints segment, there have been discounting wars between the top three national brands, which drew customers into an expandable category.”

She adds that while plant-based and good-for-you pints have struggled the past six months — with low-cal and keto offerings suffering the steepest declines — sales of premium and superpremium pints continue to grow.

But according to Crane, supply chain disruptions led many manufacturers to sideline new product launches or cut back on existing pints to focus on core items, creating an opportunity for Casper’s to fill the innovation gap. So the company went ahead with the rollout of its superpremium FatBoy 30-ounce tubs. Nearly twice the size of traditional pints for added value, the high-butterfat, high-inclusions collection includes six unique flavors: Double Chocolate Brownie Batter, Peanut Butter Marshmallow, Churro Fried Ice Cream, White Chocolate Raspberry Truffle, Cookie Mint Chip and Madagascar Vanilla. “They’re doing well in test markets and we look forward to expanding these SKUs into larger distribution in 2023,” says Crane.

Casper’s insistence that its new collection not include any “me-too” SKUs is consistent with growing demand for innovative items. “The tremendous growth we’ve seen has shown us that consumers are not only looking to ice cream for comfort but also for a unique experience,” says Katie Cline, vp of marketing at Phoenix-based Bubbies Ice Cream, which debuted a line of oat milk-based mochi as well as a one-of-kind Cookies & Cream variety of its traditional mochi earlier this year.

Traditional Italian flavors remain popular as well, but when the folks at Pennsauken, N.J.-based J&J Snacks developed their new Luigi’s Gelato lineup, they decided to include an inclusion or swirl in each flavor (Mint Chocolate, Sweet Cream Churro and Italian Cannoli) for a more elevated eating experience. According to associate marketing manager Jillian Fuscellaro, the product is lower in fat and contains less sugar than competing brands — and it fills a gap in the gelato category for single-serves.

‘The tremendous growth we’ve seen has shown us that consumers are not only looking to ice cream for comfort but also for a unique experience.’

On the dairy-free gelato side, Bologna, Italy-based Valsoia is also scoring points with its Italian-inspired flavors (three of its almond and oat milk bars won an Italian Food Award at the 2022 Summer Fancy Food Show). The company is expanding its lineup of authentic Italian non-dairy gelato with five new oat milk-based novelties made in Italy. Espresso Cones, Pistachio Swirl Mini Bars and Salted Caramel Cones and Swirl Bars (inspired by traditional Italian croccantino) “are all a nod to our Italian heritage,” says the company. The rollout also includes Vanilla Bars with Almonds.

Another player in the dairy-free segment, Westport, Conn.-based Nutty Bunny, found inspiration for its new line of sorbets from even farther away — the Far East, to be exact. Believed to be a sorbet category first, the company’s tea-infused Iced-T pints come in six flavors made with organic ingredients: Earl Grey, Dame Peach, King Chai, Noble Mint, Lady Chamomile and Sir Arnold, the latter of which is a nod to the Arnold Palmer iced tea and lemonade combo. Nutty Bunny sampled the collection at last month’s Plant Based World Expo, and “People were astonished that the sorbets were so refreshing and light, and the flavors so true to the original tea,” says founder and CEO Pamela Aflalo. “Based on the abundance of positive feedback, we anticipate that next spring and summer will be record-breaking sales months.”

While ethnic flavors are a key category trend, manufacturers are also taking flavor cues from classic American foods and beverages. Brenham, Texas-based Blue Bell just added Salted Caramel Brownie to its seasonal rotation, after rolling out Oatmeal Cream Pie to celebrate National Ice Cream Month in July. “It’s just like eating a homemade oatmeal pie but in ice cream form,” says marketing brand manager Sara Schramm. “Many of our consumers said it brought back memories of eating this classic snack as a child,” she adds, highlighting a strong desire for nostalgic varieties.

NOVELTY SHOPPERS CRAVE INNOVATION
Another new frozen novelty from Wells, Blue Bunny Twist Cones, brings soft-serve twist cones previously available only in out-of-home venues into the freezer aisle for the first time, according to Ramesh. She adds that novelties continue to outperform scoopable ice cream not only because they’re well…novel (and consumers in this category crave innovation) but also because they offer portion control, portability, convenience and variety.

On the better-for-you side of the novelties category, J&J Snacks is addressing consumers’ desire for more variety with variety packs of its Whole Fruit fruit bars. Expected to be in grocers’ freezers early next year, each box contains two different flavors (including a couple of brand new ones): Strawberry & Lime and Grape & Tangerine. The Non-GMO Project Verified, gluten- and dairy-free treats are made with a short list of clean ingredients, including chunks of real fruit, says retail marketing manager Lauren Giacchino. While inflation is certainly impacting the ice cream and novelties categories, manufacturers say encouraging consumers to “trade down” to private brands is a mistake. Some of that migration will happen anyway due to price increases, says Crane, “But the data points to strong growth in indulgent products.” This is one category where consumers give themselves permission to splurge, he explains. So retailers should lead with that in mind. He adds that since ice cream and novelties often aren’t on the shopping list, endcaps and displays that drive impulse sales are critical and typically yield huge sales lifts.

Since ice cream and novelties often aren’t on the shopping list, endcaps and displays that drive impulse sales are critical and typically yield huge sales lifts

And don’t be afraid to think outside of the box. Cline says grab-and-go freezers near checkout full of individually wrapped mochi have been a huge success for Bubbies. She also suggests cross-merchandising ice cream and novelties with complementary items (whipped topping, fruit, pie, etc.) or including them in meal deals as a dessert solution.

Manufacturers are also bullish on bringing in new products that match consumer needs. For example, while dairy-free pints sales are falling faster than for the category as a whole (and appear to be overshelved), dairy-free novelties continue to sell well. So it’s important to keep an eye on sales data and react accordingly. That said, both Sherrad and Ramesh say the last three to six months have brought so much uncertainty that retailers would be wise to let things shake out before making any major changes.

“There were nine new pint brands introduced into the ice cream category this past year,” says Sherrad. “Most of them will not be in business in two years.” So retailers need to be judicious and take their time when bringing on new items. Yes, they can help drive short-term growth, but they can also take space away from core products that are likely to stand the test of time. “We’re running a marathon here… and slow and steady wins the race,” adds Sherrad.

“We advise retailers to not over-react to short-term trends,” agrees Ramesh, who suggests they partner with manufacturers to co-create a growth plan that focuses not just on products but holistic, omni-channel programs.