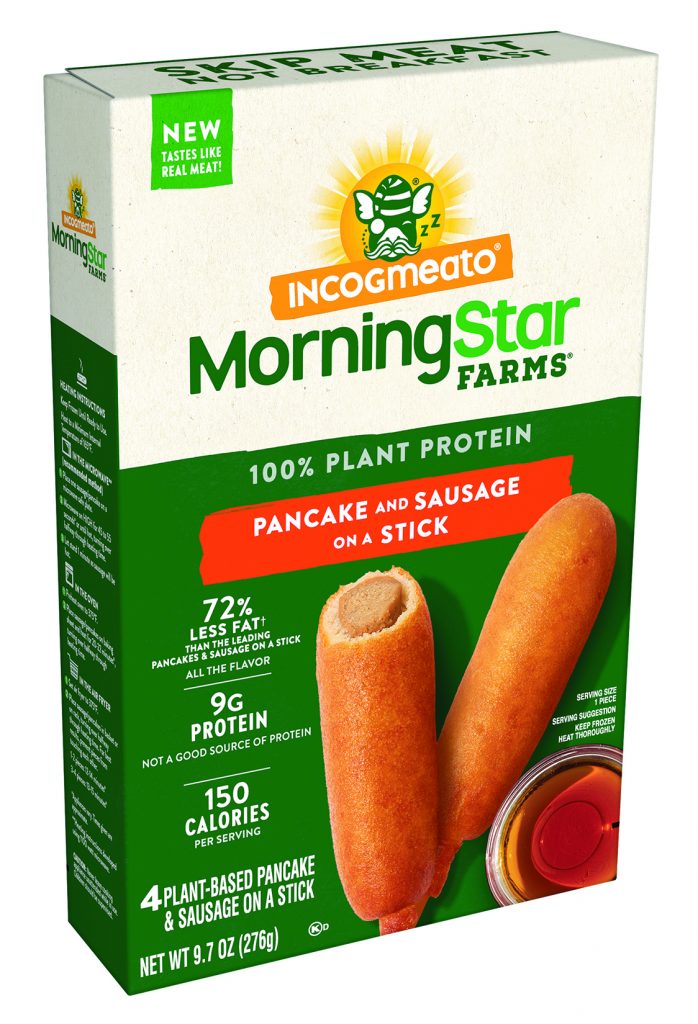 Up 12%, the category is outperforming the frozen department as a whole. New products are all about convenience and protein.

While the frozen breakfast category had been reporting unit growth, inflation is starting to take a toll. During the 12 weeks ended April 17, dollar sales increased 12% to $1.16 billion, but unit sales fell 2.6% while volume dipped 0.6%, according to Chicago-based market research firm IRI (iriworldwide.com). Still, manufacturers believe inflation will benefit the category in the long run as consumers look to save money by preparing food themselves at home and less eating out, a habit that’s apparently already taken root.

“During the pandemic, we saw an increase in consumers eating breakfast at home,” explains Rich Campbell, manager of Chicago-based Conagra’s Gardein brand. “The trend has had some staying power, reflected in the uptick in sales across the category.”

“The pandemic seems to have permanently changed the way people eat breakfast,” adds Joe Bybel, senior vp and retail general manager for Dinuba, Calif.-
based Ruiz Food Products, maker of the El Monterey lineup. In addition to convenience, consumers want breakfast products that are hearty, hot and rich in protein, he says, citing the handheld category’s 13.7% gain during the most recent 12 weeks as evidence.

To tap the handheld market for Mexican products, which Bybel says has experienced notable growth, Ruiz recently introduced El Monterey Egg, Bacon, and Cheese Taquitos. “Our research has shown that taquitos are a really popular, flexible and convenient format that consumers love, so it makes sense for us to bring this highly popular form to the morning,” says Bybel.

Another new breakfast bite comes from Los Angeles-based Real Good Foods, whose grain-free iteration contains no added sugar and lots of protein. But the desire for hearty breakfast foods extends beyond the handheld realm, prompting the company’s introduction of breakfast bowls with grain-free tater tots and 20 grams of protein. “From an item perspective, bowls are on fire – everything from acai bowls to breakfast bowls,” says executive chairman Bryan Freeman.

PLANT-BASED MAKES IT MARK
While breakfast foods with protein are in demand, many new items are made with plant-based sources of the key nutrient. But ease of preparation is as important as ever. In fact, says Matt Williams, chief growth officer at Paramount, Calif.-based Tattooed Chef, half of Americans believe breakfast is the most time-consuming meal to prepare, inspiring the company to create a line of convenient, plant-based breakfast burritos and bowls.

“We saw an opportunity in the frozen breakfast category and wanted to fill that void with diverse, innovative offerings, incorporating Mexican flavors and plant-based meats, such as our new plant-based chorizo, into beloved traditional dishes,” he says.

For those who prefer their plant-based sausage in a handheld format, MorningStar Farms, a brand of Battle Creek, Mich.-based Kellogg Co., is rolling out Pancake and Sausage on a Stick. The product features a pancake wrapped around the company’s Incogmeato plant-based sausage, combining the savory with the sweet.

Arlington, Va.-based Nestlé is also exploring new ways to offer both savory and sweet breakfast flavors — but in a format that can be consumed any time of day. The company’s solution: expanding its line of DiGiorno Croissant Crust Pizzas to include three breakfast varieties (Eggs Benedict Inspired, Sausage & Gravy and Cinnamon Roll). “Consumers are always looking for more variety, more dynamic formats, and more indulgent flavors,” says DiGiorno brand manager Kimberly Holowiak of the new introduction.

Another new twist on a traditional format comes from Kodiak Cakes, Park City, Utah, which recently launched a kid-friendly, pull-apart version of its flagship Power Waffles, which include more protein than parents want for their children, explains vp of marketing Brandon Porras. Called Kodiak Cubs, the new addition comes in both Original and Cinnamon flavors.

Adding innovative new items to the mix is key, but what else can retailers do to help grow the category? Giving it the space it deserves would be a good start. “Despite being one of the fastest growing categories, frozen breakfast is underrepresented in the aisle in terms of frozen door space and assortment,” says Williams. “With the shift in breakfast consumption to the home, retailers should focus on reallocating their door space to support this growing trend.”

Porras says prioritizing dollar turns instead of the incrementality will also be important going forward. “There needs to be a good balance, but in order to grow the category, we believe bringing new consumers into your space is so important to beating the competition,” he explains. “Younger consumers are more focused on nutrition, and those products are harder to find.”

Functional breakfast options, including gluten-free and keto, will also be increasingly important, says Anouck Gotlib, CEO of Brooklyn, N.Y.-based Belgian Boys, who also sees convenience as a driving force. “Many adults are still home because of COVID (and we don’t see that changing anytime soon), so eating an actual breakfast is more attainable — but no one is spending time on it like they would on a weekend.”