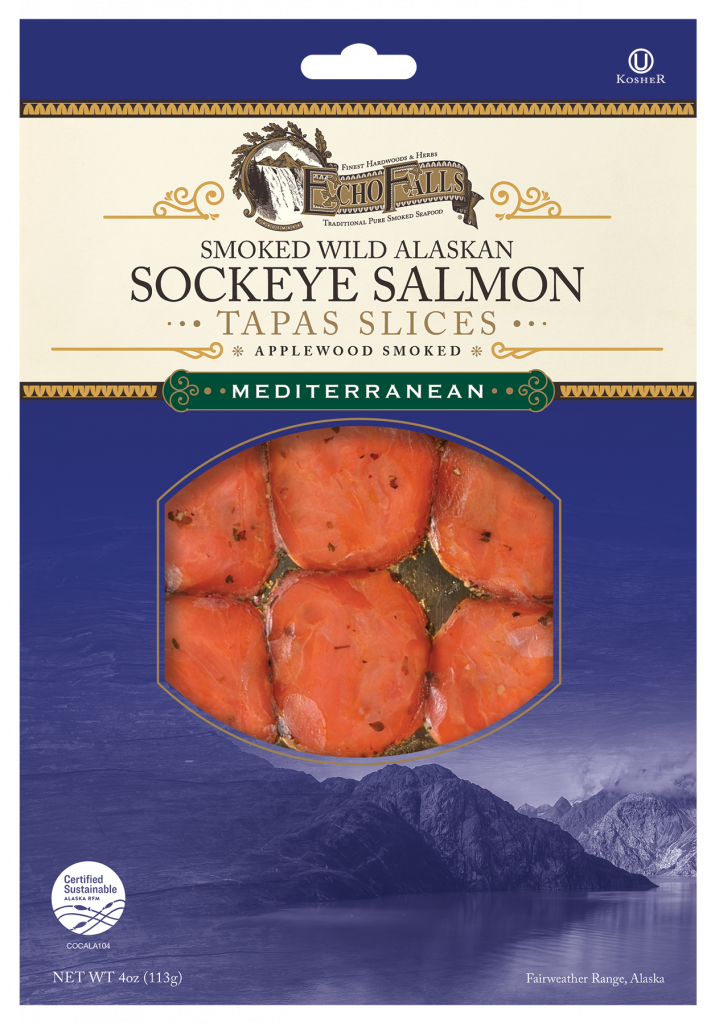 Total sales are up 2.7%, but fresh refrigerated products are driving the most growth.

Across the frozen and refrigerated departments, sales of Mediterranean foods rose 2.7% to $983.35 million during the 52 weeks ended March 20, reports Chicago-based market research firm IRI. Even when you remove Greek yogurt and feta cheese, which together represent 95% of total sales, the category is up 3.5% to $47.37 million. But compared with the same period three years ago, sales of “other Mediterranean foods” have jumped a whopping 41.0%.

However, results have been uneven. For example, the frozen gyro and falafel categories both saw their sales fall during the past year (though gyro sales are up 82.0% compared to three years ago). But raw skewers and pasta salads are both showing strong growth. “Consumers want convenient options, and these offer a quick and easy fresh meal solution,” says Amanda Evans, IRI client insights consultant. “Frozen segments aren’t as strong as refrigerated since Mediterranean eating focuses on being minimally processed.”

‘Because of Greek yogurt, the total yogurt aisle increased drastically in size and flavors, and household penetration among younger shoppers shot up.’

Greek yogurt is by far the largest segment within Mediterranean foods, according to Evans, and new products are fueling renewed interest in the category. “Many no/low sugar options have entered this space recently to give consumers a thicker option with high protein,” she says. In fact, of the top 50 items, 10 have been introduced in the last five years.

The popularity of new innovations helped boost Greek yogurt sales 4.9% during the most recent 52 weeks versus a year ago, despite an 8.4% decline in the average number of items per store. Average annual spend per buyer is $20.15, up 75 cents from last year.

“Because of Greek yogurt, the total yogurt aisle increased drastically in size and flavors, and household penetration among younger shoppers shot up,” says Anne-Marie Roerink, principal at Lakeland, Fla.-based 210 Analytics. She adds that continued innovation in the keto-friendly segment ensures that Greek yogurt will remain relevant “regardless of the diet trend du jour.”

Klondike added Tzatziki to its line of Greek yogurt dips in 2020, she reports. “While many restaurants and consumers make their own tzatziki, offering a finished product in a 12-ounce container or bulk pails provides a convenience that we have all become used to in our busy lives,” says Buholzer. “Besides containing fresh cucumbers and offering a great flavor profile, it’s also…healthier [because it’s] made with a Greek yogurt base instead of sour cream.”

Like Greek yogurt, Mediterranean hummuses are also outperforming the category as a whole, according to IRI. Total hummus sales were down 0.4%, but the Mediterranean segment, which represents about 10% of the total, saw its sales jump 3.4% during the 12 weeks ended March 20, reports IRI. But compared to the same period three years ago, sales are up 13.7%.

“Hummus has been quite interesting to watch as Middle Eastern and Mediterranean have become more prominent in this space,” says Evans, citing unique styles and new countries of origin.

She also notes a big jump in sales of deli peppers and olives, up more than 100% versus three years ago, thanks to an increase in at-home entertaining.

Growing demand for Mediterranean dishes is also driving growth of another dairy department staple: feta cheese. Despite a 13.8% decline during the most recent 52 weeks, sales are up 25.0% versus the same period two years ago and nearly 38.9% compared to three years ago, according to IRI. In the frozen aisle, consumers want to explore new cuisines, Evans contends. “And within the different [Mediterranean] segments, there are new varieties and flavors being introduced all the time, which helps the set stay relevant.”

For its part, Jersey City, N.J.-based Tastee Choice recently launched a line of “Made in Italy” multi-serve skillet meals in select regions of the country with very favorable results, says Moe Cheramie, sales and marketing vp for the frozen skillet meal division at The Choice Group.

“Asian was big a year or so ago, and then it became Italian,” Cheramie says. “We wanted to emphasize true Italian recipes. Instead of just shrimp scampi and Alfredo, we wanted to be a little more specific with higher-quality items in the bag.”

The seafood-based line is made specifically for Tastee Choice by Magnifica Italian Foods in Italy. Available flavors include Risotto di Mare, Penne Arrabbiata, Gnocchi Salmone and Linguine Pescatore. Each meal contains at least 3 ounces of protein, which is important to both Italian and American consumers, says Magnifica CEO/president Rocco Scavetta.

Meanwhile, Conagra is launching a line of Pasta Sides under its Bertolli brand in June. The product can be enjoyed as a side, meal, or meal starter, says spokesperson Dan Skinner. Each 13-ounce microwaveable bag can cook in as little as five minutes. Flavors include Cheese Lovers Tortellini, Cheese & Spinach Ravioli, Four Cheese Ravioli and Herb Gnocchi.

In addition to pasta, seafood is a key component of the Mediterranean diet. Although inflation dragged frozen seafood sales down during the most recent 12 weeks, the category is up 1.1% for the year, according to IRI and 210 Analytics. Both the frozen and refrigerated segments are constantly welcoming new products, including the Fusha Foods line of frozen and refrigerated meals from Elk Ridge, Md.-based Clean Label Gourmet Foods.

The company vacuum-seals its Fusha trays at an extremely high pressure, which inactivates bacteria and viruses, says Todd English, vp of sustainability for Boise, Idaho-based Riverence Group, which supplies shrimp and salmon for the meals. As a result, shelf life is extended to two years frozen and 45 days refrigerated. Offered in four flavors, including Shrimp Siciliano, the meals contain only a few ingredients and zero additives and preservatives.

Many Mediterranean meals start with an assortment of small plates (called tapas or pintxos in Spain, antipasti or cicchetti in Italy, hors d’oeuvres in France and mezethes in Greece). To make it easier for U.S. consumers to create their own small plates, Seattle-based Ocean Beauty Seafood recently launched Echo Falls Tapas Sliced Wild Alaskan Smoked Sockeye Salmon in both Original and Mediterranean flavors. The smoked salmon is formed in an innovative new way to create round, uniform slices sized for appetizers and “seacuterie” boards, explains marketing manager Adriane Banks.

The product was developed “to tap into the growth of the appetizer category and consumer interest in creating innovative and beautiful snacks at home,” she says.