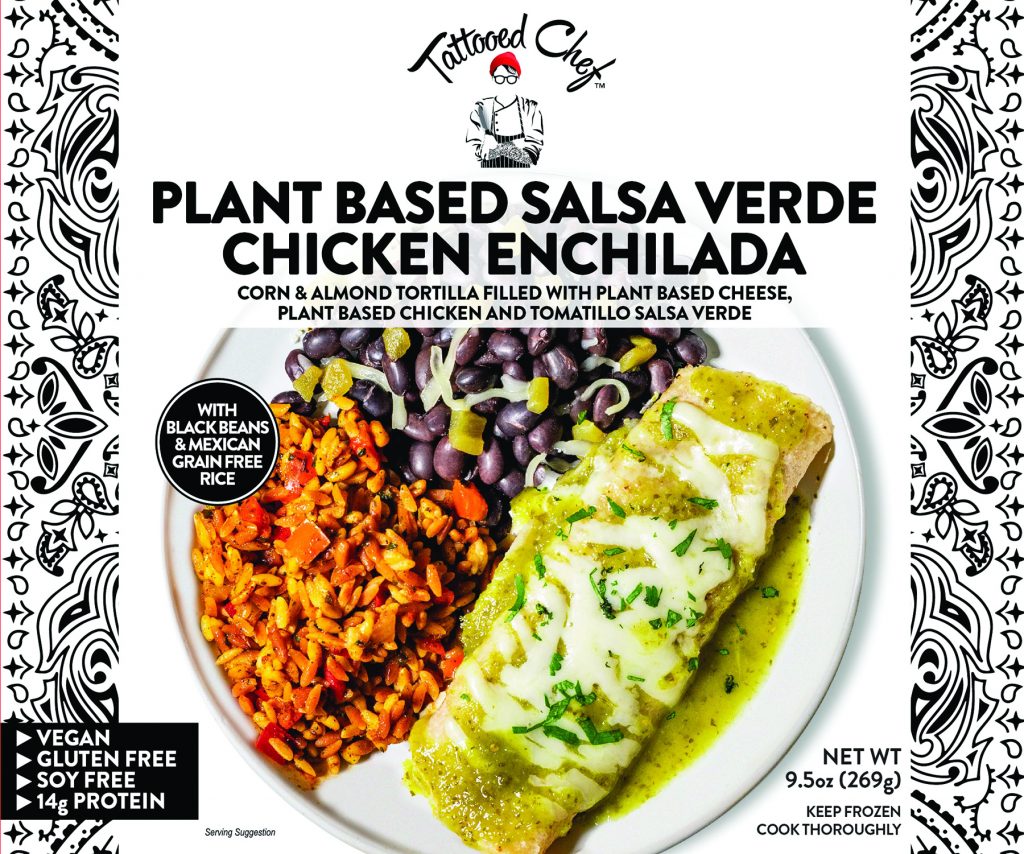 Thanks to strong inflationary pressure, dollar sales of frozen dinners and entrees jumped 9.6% during the 12 weeks ended Feb. 20 (compared with the same

period a year ago) to more than $2.91 billion across channels, according to Chicago-based market research firm IRI (iriworldwide.com). However, unit sales and volume fell 2.8% and 2.0%, respectively, as budget-conscious consumers sought to control spending.

Still, manufacturers are buoyed by the fact that dinners and entrees are outperforming the frozen department as a whole, which registered 5.5% dollar growth in the face of a 3.9% decrease in unit sales. What’s pushing dinners and entrees ahead of the pack? The pandemic re-introduced consumers to frozen meals, which were easy to stock up on and easy to prepare, says Jill Dexter, vp/general manager of family meals at Chicago-based Conagra. “What we’re seeing now reflects the positive experience consumers had with frozen meals.” She adds, “The variety and quality within the category continue to bring consumers back to frozen.”

As a result, manufacturers have introduced a wide range of new frozen dinners and entrees recently, with ethnic-inspired, gluten-free, clean label and plant-based products leading the way. Despite efforts by some retailers to reduce SKU counts, keeping the innovation pipeline open is more important now than ever, says Karen Jobb, chief customer and consumer officer at Petaluma, Calif.-based Amy’s Kitchen. “With inflation on the rise, we expect consumers to cut back on non-essential spending such as dining out and instead turn to grocery store options such as frozen prepared meals. So we expect innovation to remain a strong driver in this category given the demand for more variety.”

At the top of many consumers’ lists is ethnic-inspired meals that allow them to “travel with their taste buds” even when they can’t leave the country. One of the newest entries comes from Monsoon Kitchens, Shrewsbury, Mass., the first Indian company to add seafood products to its frozen entree lineup, according to national sales manager Alexandria Torres. “This includes our Coconut Curry Shrimp and Tikka Masala dishes. Coconut pairs beautifully with shrimp, and tikka masala is the most recognized Indian sauce and flavor.”

Stamford, Conn.-based Saffron Road is also expanding its ethnic meal lineup. Due to strong consumer response to its Sweet & Sour Chicken, the company is adding three more Chinese recipes, including Kung Pao Chicken, Chicken Lo Mein and plant-based General Tso’s with dumplings made out of cauliflower. “Our General Tso’s does not use a highly processed chicken analog, but rather a traditional blend of cauliflower and chickpea flour,” notes executive vp Jack Acree. He adds that in addition to Chinese, “Korean cuisine continues to grow in popularity as well, so we are also excited about our new Korean BBQ Chicken dinner.”

“Over the past few years, we’ve found that consumers want to experience restaurant flavors through convenient frozen options,” says Amy’s Jobb. The company’s most recent addition, a restaurant-style Organic Black Bean & Cheese Burrito, meets that need. She adds, “The demand for unique and convenient organic dishes continues to grow.”

But organic isn’t the only better-for-you attribute in demand. For example, Cali’flour Foods, Boulder, Colo., recently unveiled Beef & Broccoli and Cheesy Chicken & Rice entrees that meet demand for low-carb, keto-friendly versions of familiar favorites, says chief marketing officer Sam Owens. “Consumers have been looking for clean ingredients for a while. But lately, they’ve been looking for things that fit their unique dietary requirements as well,” he explains. “People are getting more granular about what they put into their bodies, so offering more clean options that can satisfy this need will help drive retail.”

Gluten-free dishes are also in demand. “Introducing gluten-free options to our menu was a priority for us because customers perceive gluten-free as a healthier option,” says Kelly Torres-Chadd, senior marketing specialist at Cadence Kitchen, Corona, Calif. “We launched our first gluten-free menu item Gluten-Free Pasta with Chicken at the end of 2021. It features red lentil pasta shells in lieu of traditional pasta, offering a texture that withstands our flash-freezing process.”

Category newcomer Eathos Foods, Watsonville, Calif., recently introduced nine plant-based entrees. Currently available at select Target locations, the meals are produced in Parma, Italy, and include local ingredients that create an authentic flavor, according to director of brand and strategic sales Gene Grant. “We use comfort food recipes that we know and love, and then add a twist to elevate the flavor while being mindful of wellness,” he explains.

Another new player offering plant-based versions of consumers’ favorite dishes, Vancouver-based Komo Comfort Foods, just unveiled a line of ready-to-bake multi-serve meals, including Lasagna, Shepherd’s Pie and Chickenless Pot Pie. The dinners are totally plant-based and made with real food ingredients and no preservatives or added flavors, according to company president Jeffrey Ma. “Our flagship  product, lasagna, weighs more than 3 pounds and can serve a family after one hour in the oven,” he says.

Of course, the granddaddy of comfort foods is mac and cheese. But consumers are looking for ways to indulge without all the guilt. To that end, Ithaca, N.Y.-