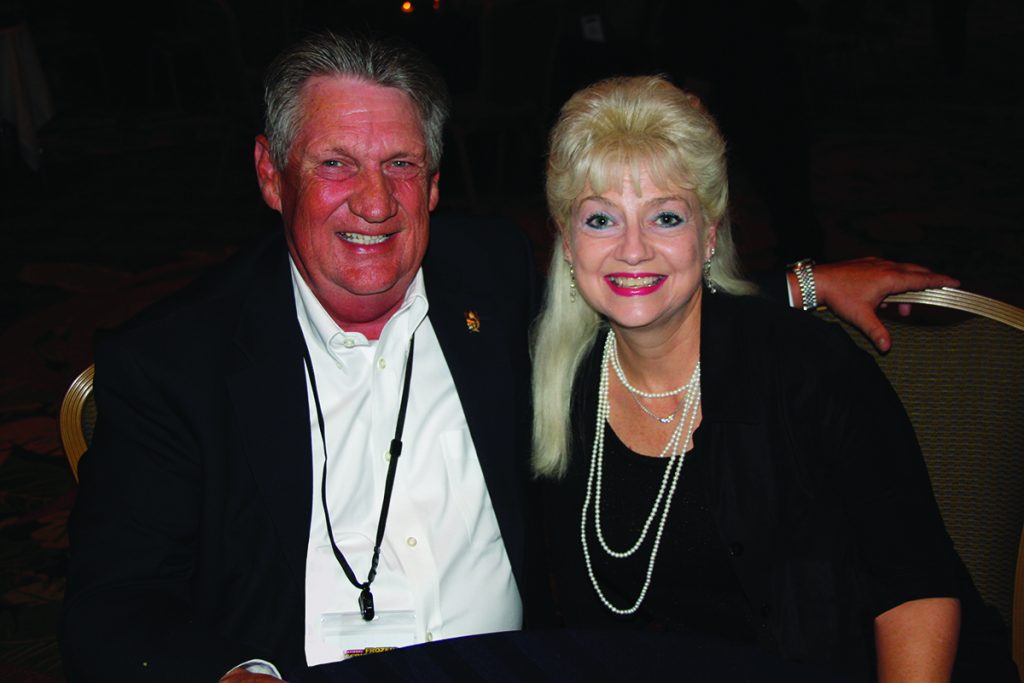 He was elected chairman of the National Frozen & Refrigerated Food Association in 2004 after serving as a director for several years. Johnny was instrumental in boosting refrigerated membership in the NFRA and had been a member of the NFFA/NFRA for more than 30 years. He was an active member of the Honorable Order of Golden Penguins and the Distinguished Order of Zerocrats. In 2010, he was elected to the Refrigerated Food Hall of Fame.

Following his retirement from Harris Teeter, Johnny wrote a monthly column for Frozen & Refrigerated Buyer. He was also vice president and treasurer of Friends in Service of Heroes (FISH) from 2011 through 2015.

Susie Harris, Johnny’s wife of 25 years, recalled that he greatly enjoyed his involvement with FISH. In a note to Paul Chapa, sales director of FR Buyer and a founder of FISH, she noted that “Johnny was in his element when working with FISH, helping honor veterans at your wonderful dinners, giving service dogs to help veterans with PTSD and providing disabled veterans with wheelchairs and trackchairs.”

After a private family service, a Celebration of Life Service will take place in the coming weeks. Memorials can be made to Campbell Memorial Chapel, 3077 Powderhorn Mountain Road, Deep Gap, N.C. 28618. Tributes to Johnny will also be posted on the FR Buyer website,
www.frbuyer.com.

A collective tribute from industry members who knew Johnny best, in the Carolinas.

Johnny Harris was a treasured friend for so many of us in the Carolinas, and throughout the industry. At Harris Teeter, he was an integral part of growing the frozen and refrigerated business for many years, and his legacy and imprint are still felt there today. He helped grow numerous startup companies into very successful CPG’s. Along the way, he enabled many a Harris Teeter shopper the opportunity to dine on some great frozen and dairy offerings.

He brought out the best in all the salespeople who called on him during his 40+ years on various desks at Harris Teeter. He would say, “You can do better than that!…” “We will need more support than what you are presenting…” That won’t sell, what else you got?”

He was tough but fair, and always had a keen eye for what would succeed in Harris Teeter and what wouldn’t.

Johnny had a heart of gold, and loved his family, his friends/associates, his work and his golfing buddies. He always put the game of golf ahead of himself. He would stand over his three-foot putt and proclaim it good, just so we could speed up play. Always thinking of the good of the game!

Johnny also had a reverence for the military. He did many a good deed while serving on the board of Friends in Service of Heroes (FISH). Several years ago, he and Travis Hubbard put together a truly wonderful event at Camp Lejeune. Through their efforts, we were able to feed more than 100 Marines one evening on the banks of the New River, while enjoying the hospitality of the commanding general and several of his key officers. It was an experience none of us there that night will forget.

Johnny will be sorely missed by all who knew him, but at the same time we are blessed to have known him and called him friend.