Both indulgent and better-for-you premium offerings are driving growth in the category, whose sales are up 18.1% since 2019.

Compared to the same period a year ago when consumers were filling their freezers with anything they could get their hands on, dollar sales of frozen pizza fell 7.0% during the 12 weeks ended July 11 to $1.28 billion across channels, reports Chicago-based market research firm IRI (iriworldwide.com). But compared to the same stretch in 2019, sales are up 18.1%, making frozen pizza one of the frozen department’s biggest pandemic winners. “When people face adversity, they often look to foods like pizza that offer comfort,” says Nick Fallucca, chief product and innovation officer at Milwaukee-based Palermo Villa. “We think that has a lot to do with the growth we’re seeing in the category,” he explains. But he also credits the introduction of more convenient single-serve options to meet the needs of consumers working and learning from home.

Despite a dearth of high-quality offerings, one study showed that 17% of consumers only buy single-serves — and single-serves are 38% more productive on a linear shelf basis — creating a significant opportunity for retailers and manufacturers. To help fill that gap, Palermo’s launched a collection of microwaveable single-serves made with all-natural ingredients under its iconic Connie’s (conniesnaturals.com) brand back in May, reports Fallucca. The collection includes four “heavily topped” flavors, including Cheese, Uncured Pepperoni, Sausage and Special. The company also offers single-serves under its Screamin’ Sicilian brand.

Now that consumers are heading back to the office and in-person school, will the recent gains stick? Fallucca thinks so. Thanks to COVID, “We saw increased trial of frozen pizza among groups that may not have considered it an option before,” he explains. Now that they know just how good it is, they’re likely to stay in the category. But manufacturers aren’t resting on their laurels, and they continue to roll out innovative new items on the premium side that rival foodservice options.

“We know that many consumers haven’t been able to visit their favorite restaurants as much as they’d like over the past year, and we’re excited to be able to step in to help meet that need,” says Brian Thompson, marketing manager at Schwan’s Consumer Brands, Bloomington, Minn. Next month, he reports, the company will debut a Fully Loaded collection under its Red Baron (redbaron.com) brand that offers “an indulgent, restaurant-style experience.” The manufacturer took inspiration from different parts of the pizza world, including the deep dish and pan-style segments, to craft something “that feels unique to the category,” says Thompson.

Palermo’s ventures even further out of its pizza comfort zone with a pair of Screamin’ Sicilian Dessert Pizzas that take the brand into a new eating occasion. The S’mores variety features a thin, flaky crust covered with fudge sauce topped with graham crackers and marshmallows while the Cookie Brownie flavor starts with a cream cheese sauce piled with cookie dough and brownie bites. After baking, consumers drizzle caramel on the top for “the ultimate in decadence.”

“We think consumers are really going to enjoy these new offerings that dare to shake up the frozen pizza aisle,” says Fallucca. All four will be available at select Walmart stores starting next month.

While both Schwan’s and Palermo’s are hoping to pull pizzeria customers to the frozen aisle with restaurant quality offerings, others are using actual restaurant brands to achieve the same goal. For example, Austin, Texas-based Flatlander Foods recently licensed the Chuck E. Cheese brand for a pair of kid-friendly frozen pizza SKUs available exclusively at Kroger stores nationwide. Inspired by the restaurant’s “family favorite” pies, the pizza is offered in both Pepperoni and Cheese flavors. Each box includes an offer for 250 free e-tickets that can be used for future visits to participating Chuck E. Cheese locations.

While super-indulgent, restaurant-quality offerings are an important trend, another key driver of premium category growth is the healthy segment. Especially in the post-COVID era, “We think better-for-you pizza will remain strong because consumers want to eat healthy and maintain robust immune systems,” says Joe Turturici, president of Montreal-based Oggi Foods (oggifoods.com). The gluten-free pizza maker recently moved into the plant-based segment with a line of 100% vegan pies inspired by culinarily diverse regions of the country that feature Good Planet vegan mozzarella and Beyond Meat toppings. New additions include the kale-topped California and the jalapeno-and pepper-laden Texan. The company expects to add two more vegan varieties in early 2022. The names are still being worked out, says Turturici, but one will feature a grilled meat substitute while the other will be topped with a pepperoni alternative, both from Beyond Meat.

Along with plant-based (and often in tandem with it), the gluten-free segment is also welcoming several new entries this fall, all promising better quality than first-generation offerings. “While pizza is a favorite meal for many families, consumers wish it was healthier,” says John Reaves, CEO of Carlsbad, Calif.-based Milton’s Craft Bakers (miltonscraftbakers.com). “However, today’s better-for-you options feel like a compromise because they fail to deliver on great taste.” Not so Milton’s new Cauliflower Crust lineup, which uses high quality gluten-free ingredients to create “authentic pizzeria taste,” he reports. Available varieties include Uncured Pepperoni, Four Cheese, Margherita and Roasted Vegetable, all of which can be enjoyed by the whole family, says Reaves.

Another new gluten-free collection comes from Brooklyn, N.Y.-based Feel Good Foods (feelgf.com), which recently rolled out the segment’s first and only Detroit-style pies. The hand-stretched, stone-baked collection includes three thick-crust flavors (Truffle Mushroom, Margherita and Four Cheese), all offered in their own square cooking tray for crispy edges covered in caramelized cheese. “It’s so indulgent and decadent it will challenge those who think gluten-free frozen pizza can’t be delicious,” says co-founder and CEO Vanessa Phillips.

Mainstream brands are also getting in on the gluten-free pizza action. For example, Arlington, Va.-based Nestlé USA just added a gluten-free Cauliflower Crust Three-Meat pizza to its Life Cuisine lineup, which includes a wide variety of products for lifestyles inspired by “modern ways of eating.”

While plant-based and gluten-free are grabbing most of the better-for-you headlines, the keto segment is quietly gaining ground as well. In fact, Google Trends reports an 850% increase in searches for “keto” between Jan. 2016 and Jan. 2020, and the global keto market is expected to hit $15.6 billion by 2027.

Denver-based Cappello’s (cappellos.com) already offers a line of almond flour-based grain-free frozen pizza, but its new keto-certified lineup features a different lead ingredient: nutrient-rich turnips. As a result, says co-founder and co-CEO Ben Frohlich-stein, “Not only do these delicious pizzas meet the basic nutritional desires of keto enthusiasts, keto diet dabblers, general low-carb seekers and health-conscious consumers, they are also intentionally crafted to satisfy the consumer the way a classic slice of pizza would.” Available varieties include Mozzarella Cheese and Buffalo Ranch (topped with roasted cauliflower) as well as a plain crust for consumers who prefer to create their own.■

Sales in supermarkets, drugstores, mass merchants, military commissaries and select club and dollar stores combined for the 12 weeks ended July 11, according to Chicago-based market research firm IRI (iriworldwide.com). Percent change is versus the same period a year ago. Only brands with at least $1 million in sales during the period are listed. 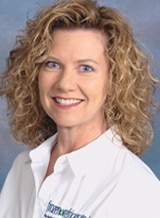 Denise is the editor of Frozen & Refrigerated Buyer.

While the rest of the frozen department is struggling to ﬁnd growth versus last year, frozen meals are up 6.3% during the most recent 12

Let’s Go Back To EARNING Profits!

By Bob Anderson Billbacks, deductions, diverting and funny money ultimately hurt both the retailer and manufacturer — not to mention the added costs to shoppers.

Here’s How To Fire Up Frozens

By Bob Anderson Speciﬁc ideas you can use to cut duplication, jazz up private label and innovate with the newest packaging trends. Frozen food manufacturers,

HOW (AND WHY) TO BUILD GEN Z LOYALTY

This huge young generation of Gen Z already has signiﬁcant buying power and it holds the key to the industry’s future. Here’s why they’re different,

Long career at Publix, prominent in frozen food industry.  Roy de-Monte Thornton passed away peacefully with his family by his side on October 11, 2021.