Plant-Based Milk Pours It On 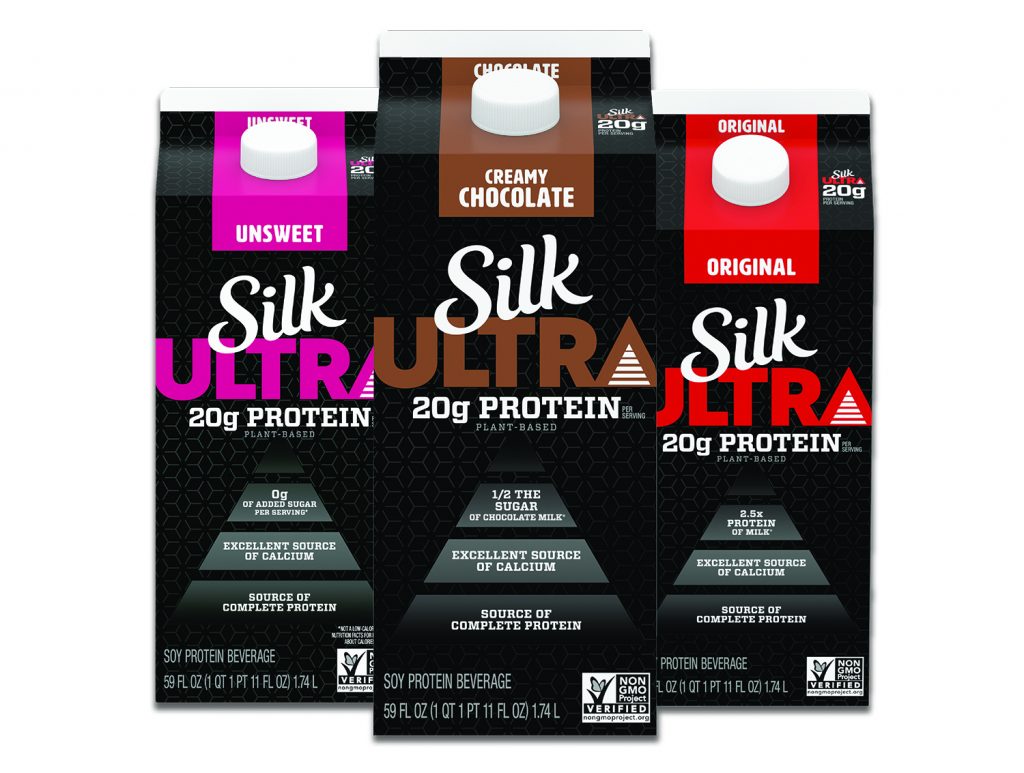 Plant-based milk is up another 20.8% during the most recent quarter, the non-dairy segment is just getting started.

Although dairy milk managed modest pandemic-driven gains in 2020 (with whole milk outperforming skim), the plant-based milk alternatives segment continues its torrid growth. During the 12 weeks ended Jan. 24, sales in the conventional multi-outlet and enhanced natural channels combined topped $441.04 million, up 20.8% versus the same period a year ago, reports Chicago-based SPINS. But manufacturers say that’s just the beginning. In fact, Chobani president Peter McGuinness believes plant-based milk will grab 20% of total fluid milk sales in the short- to medium-term. Meanwhile, market research firm Mordor Intelligence predicted the North American milk substitutes market will hit $8.2 billion by 2024, with a CAGR of nearly 10% during that period.

Plant-based milk sales were enjoying strong gains before anyone ever heard of COVID-19, but the pandemic provided an additional boost. Given the link between food, health and immunity, “Many consumers were forced to re-evaluate their dietary choices,” explains Scott Lee, vp of marketing at Berkeley, Calif.-based Ripple Foods (ripplefoods.com). One study found that 63% of consumers planned to use food to enhance their health during the pandemic. The disease also created a negative association with animal-based food sources.

Demographic shifts also play a role, says Doug Radi, CEO of Boulder, Colo.-based flaxmilk maker Good Karma Foods (goodkarmafoods.com). He cites one recent survey that found that 65% of millennials are interested in a flexitarian diet versus only 40% of Gen Xers. But it’s millennials who are starting families and entering their peak spending years, leading Radi to predict plant-based milk sales will double within five years. Manufacturers disagree over which segment will emerge the leader.

Radi expects purchase decisions to lean more heavily on health benefits than milk type as millennials start families. That said, the last 12 weeks saw oatmilk register a 149.9% gain, vaulting it into the No. 2 spot, according to SPINS.

Citing its taste, texture, versatility (it performs better in coffee than other plant-based milks) and lower environmental impact, McGuinness said he expects oatmilk to become the “king of plant-based,” racking up sales in the billions. But the naturally occurring sugar in oatmilk presents a problem for some consumers, prompting Norwich, N.Y.-based Chobani’s (chobani.com) recent launch of Chobani Oat Unsweetened Oatmilk (in Original and Vanilla).

Top-selling oatmilk brand Planet Oat (planetoat.com) from Lynnfield, Mass.-based HP Hood is also jumping on the trend, rolling out an Unsweetened Oatmilk (also in Original and Vanilla) with no sugar and 45 calories per serving. Even though the sugars in oatmilk are naturally low (4 grams in Planet Oat Original), the zero-sugar SKU will be important to some shoppers and broaden oatmilk’s appeal, explains senior vp of marketing Chris Ross.

But many consumers are more concerned about what is in their milk substitute than what isn’t. Andrew Hartshorn, senior vp of plant-based food and beverage at White Plains, N.Y.-based Danone North America, maker of the Silk brand (silk.com) says that while taste will always be the key to conversion, consumers are increasingly looking for function. Topping their list of needs: protein — an important factor for 43% of consumers, he adds. This is what set the stage for the company’s introduction of new Silk Ultra. Available in Original, Unsweetened and Creamy Chocolate flavors, the 59-ounce soy-protein beverage is the first plant-based multi-serve to offer 20 grams of complete protein per serving, says Hartshorn.

Geared toward athletes, the product boasts a “smooth, delicious taste,” with no chalky taste or gritty texture. That’s key, says Hartshorn, because nearly half of consumers cite taste as a top barrier to plant-based dairy alternative purchases.

“Consumers do not want to compromise,” adds Ripple’s Lee. “They want a delicious tasting product that’s also good for them and the environment.” He says the newest addition to his company’s lineup delivers on all three needs. In addition to the everyday nutrition in regular Ripple — including a whopping 8 grams of protein from naturally eco-friendly yellow peas — newcomer Ripple Kids boasts 50mg of DHA, choline and prebiotic fiber, along with many of the essential nutrients found in dairy milk, says Lee.

‘Consumers do not want to compromise. They want a delicious tasting product that’s also good for them and the environment.’

“We saw white space in the category for a plant-based milk that’s free of the top eight allergens while also providing essential and often under-consumed nutrients for growing kids ages 1 to 5 who are no longer nursing or on formula,” he explains.

Although almond milk registered “only” a 14.7% gain during the most recent 12 weeks, it owns well over half of all plant-based milk sales, according to Ted Robb, co-founder of Rohnert Park, Calif.-based New Barn Organics (newbarnorganics.com). Simple to understand, delicious and compatible with most of the major dietary trends (i.e. keto and paleo), “Almond milk is sort of ‘home base’ for milk alternative shoppers — their ‘go-to’ staple — while the others are purchased on more of a trial basis,” he explains. In fact, almond milk is practically a commodity now, creating an opportunity for more differentiated, premium products like New Barn Organic’s.

Just like in categories like eggs, butter and chocolate, “Shoppers are willing to trade up for an almond milk that more closely fits their personal values,” says Robb, citing transparency and sustainability as the two most important attributes. These are generally highly educated consumers, and they want to know everything there is to know about each and every ingredient — from its purpose to how much water was used to grow it to where it comes from — so they can feel good about buying it, he adds.

The New Barn Organic lineup is made with simple ingredients sourced directly and no added flavors, vitamins, minerals or unnecessary processing agents, says Robb. It’s also the first brand in the U.S. to use the new Plant Carton from Evergreen Packaging, and the company is working to achieve Regenerative Organic certification whenever it becomes available.

He believes retailers can find growth by giving more space to premium products and working with brands to tell the story behind products. “Premium items can be just as much of an innovation as something totally new,” Robb notes.

Lee says retailers’ recent focus on keeping core items in stock has resulted in some SKU consolidation and “more selective innovation.” But innovation in this growing category should be encouraged more. To make room for hot new items, Radi suggests reducing space for older types of plant-based milk whose sales are dropping off.

Manufacturers are also keeping an eye on hybrid products such as Shamrock Farms’ new Shamrock Swirls, which combine dairy milk with coconut cream and almonds, as well as lab-produced “non-dairy dairy” products, which will only create more competition for more space.

Regardless of the assortment, Lee suggests retailers place plant-based milks alongside traditional dairy milks using an integrated-segregated approach rather than merchandising them in a separate location. “As many as half of U.S. dairy consumers also consume plant-based alternatives,” he explains. So they need to see all of their options in one place.