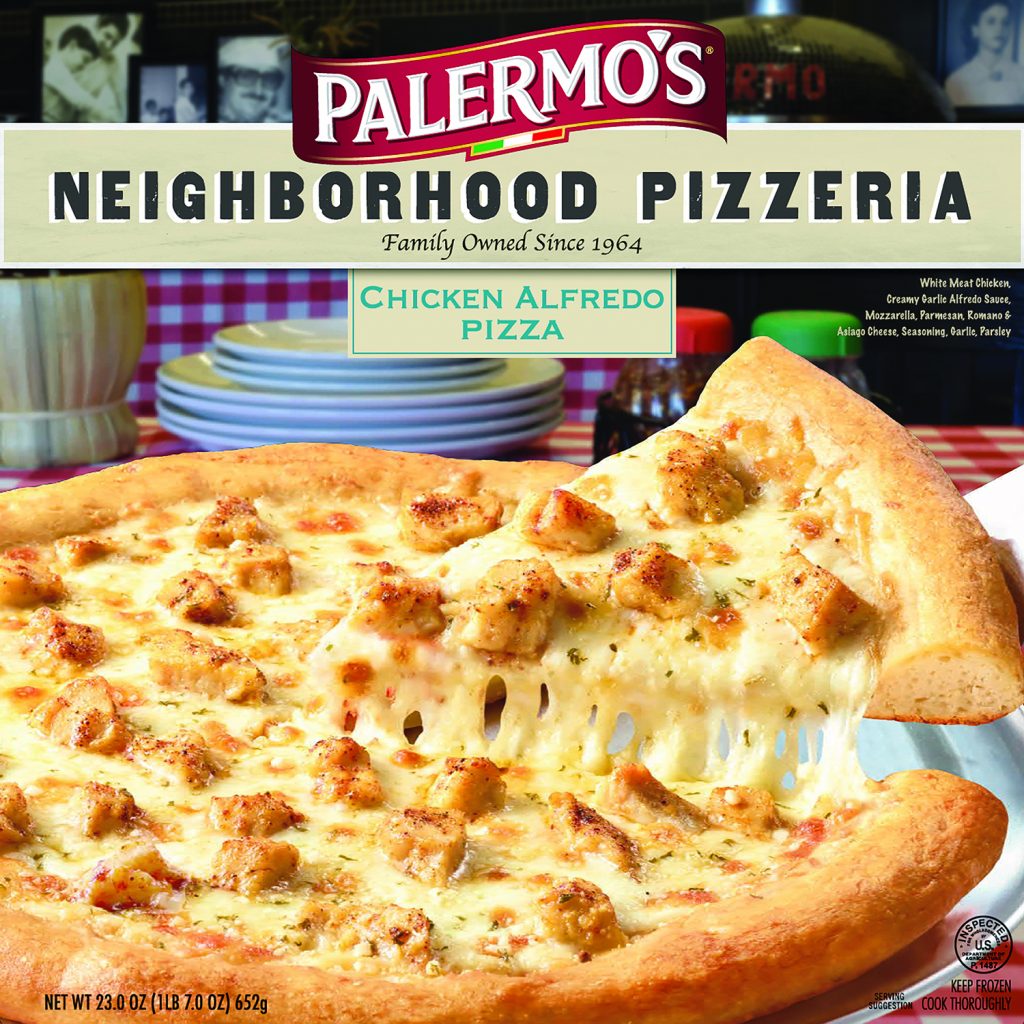 As they mark the one-year anniversary of COVID-19 restrictions, pizza lovers have adjusted their routines, but not their taste buds.

Instead of weekend trips to the local pizza joint, today’s consumers are making the much shorter trip to their freezer. During the 12 weeks ended Jan. 24, unit sales jumped 9.6% (versus the same period a year ago) to 350.4 million across channels, according to Chicago-based market research firm IRI (iriworldwide.com). In the same period, dollar sales shot up 15.7% to nearly $1.42 billion, underscoring the shift to more premium options, offering great taste, healthy ingredients and innovative flavors.

“One of the trends we are seeing in the category is the rise of restaurant brand and restaurant-inspired frozen pizzas,” says Nick Fallucca, chief product and innovation officer at Milwaukee-based Palermo’s (palermospizza.com). “With consumers eating home more frequently during the pandemic, they’re seeking frozen pizza offerings that provide a high level of quality that is on-par with their pizzeria counterparts.”

To meet that demand, Palermo’s is refocusing on its Connie’s frozen pizza brand, which evolved out of a Chicago pizzeria founded in 1963. “Connie’s contains all-natural ingredients and has a signature cornmeal-dusted crust that is reminiscent of the pizzeria,” says Falluca. The line has expanded to include four “very approachable,” family-friendly varieties of the restaurant’s trademark deep-dish pizza: Cheese, Sausage, Spinach and Ricotta, and Supreme. Next up: a new flavor that contains slices of all-natural Italian beef and uncured pepperoni.

“It’s unlike anything available in the frozen category and is a perfect fit with Connie’s Chicago heritage,” he says.

Phoenix-based Spinato’s Fine Foods (spinatos.com) also has roots in the restaurant industry. In fact, the company developed its first gluten-free pies in the kitchen of one of five Phoenix-area pizzerias after the wife of co-founder/owner Anthony Spinato was diagnosed as gluten-intolerant. Three varieties were eventually sold at retail.

“But we were late to the party on gluten-free and it was hard to get traction,” says Spinato. “We didn’t want to do cauliflower, so we looked for something new, innovative and more nutritious. That is where the idea for our broccoli crust was born.” The current lineup includes Asiago, Romano & Mozzarella, Margherita, Uncured Pepperoni, Primavera, and Mediterranean Supreme varieties, each built on a crust made with a quarter cup of riced broccoli. But the company continues to experiment with new flavors.

Chicago-based Conagra is also drawing inspiration from the local pizzeria with its new Banquet (banquet.com) MEGA Pizza line. “No major competitor was offering single-serve pizza in the format that consumers are accustomed to when they order delivery or eat at a pizza shop: the iconic pizza slice,” explains Kevin Moses, senior brand manager. “Banquet MEGA Pizza brings the iconic pizza slice format that consumers crave and expect from restaurants to single-serve frozen pizza and then amps it up with a MEGA twist – two layers of crust stuffed with meat, cheese and sauce and then topped with even more cheese and sauce.”

Since gluten-free cauliflower crusts hit the market in 2017, manufacturers have been looking for the next big thing in better-for-you. Spinato’s went with broccoli. But at Montreal-based Oggi Foods (oggifoods.com), it’s all about plant-based meat substitutes. In April, the company will add two new flavors to its lineup: The Texan, on its standard Neapolitan crust, and The California, on its cauliflower crust. Both are hand-stretched, stone-baked, and gluten-, dairy- and soy-free. The Texan is topped with Beyond Sausage Feisty Crumbles, jalapenos, orange and green peppers, red onions and vegan mozzarella. The California features Beyond Sausage Italian Crumbles, kale, red onions and vegan mozzarella.

“Our mission is to create a better-for-you food product that any consumer can enjoy regardless of dietary restrictions,” says Stefano Cataldo, co-founder/director of operations. “Our bold plant-based pizza flavors are inspired by different regions across the world. By using only the best ingredients, we weren’t too concerned about consumers ‘missing the meat,’” he adds.

Nutley, N.J.-based Happi Foodi (happifoodi.com) is also putting a different spin on the cauliflower crust. “Consumers aren’t necessarily looking for new,” explains vp of innovation Gary Laney. “Rather, they are looking for their favorite flavors but with better ingredients. So instead of focusing on making our cauliflower pizza unique, we’re focused on making it taste delicious by improving four key elements: crust, sauce, cheese and pepperoni.” He adds that the goal isn’t to make a gluten-free product that tastes like “real” pizza. “We’ve set out to create a great-tasting, better-for-you comfort food that just happens to be gluten-free.” The company hasn’t set a launch date yet, but Laney says retailers should stay tuned for more details.

While much of the better-for-you industry is betting on cauliflower, Denver-based Capello’s (cappellos.com) is using almond flour to create its gluten-free crusts. The “almond-obsessed” company recently expanded its lineup to include a grain-free White Pizza featuring spinach and caramelized onion atop a creamy white garlic sauce and a “refreshingly simple” Margherita Pizza made with tomato, basil, roasted garlic, and whole milk mozzarella. Both are ready to serve in less than 15 minutes.

Sales in supermarkets, drugstores, mass merchants, military commissaries and select club and dollar stores combined for the 12 weeks ended Jan. 24, according to Chicago-based market research ﬁrm IRI (iriworldwide.com). Percent change is versus the same period a year ago.

Although cheese and pepperoni are still No. 1, younger consumers in particular are seeking new ingredients and innovative, ethnic-inspired flavor profiles. They’re also buying in to the concept of frozen as the new fresh, raising expectations around quality on top of convenience, says Johnny Dubbaneh, co-founder of Washington, D.C.-based Z&Z (zandzdc.com).

“It targets the consumer who is looking for a new flavor profile that’s also better for them.” He adds, “We think the category will continue to trend in this direction, especially in the area of plant-based alternatives and gluten-free dough crusts.”

KICKING UP THE FLAVOR