Keep Calm and Carry On

Despite losing some space, the frozen bread and dough segment is rising fast. But more innovative assortments and improved merchandising are needed to keep the momentum going post-pandemic.

Consumers craving the comfort of homemade breads and baked goods saw the pandemic as an opportunity to ﬁnally explore their inner baker. But early ingredient shortages combined with the realization that scratch baking isn’t all it’s cracked up to be brought many to the frozen bread and dough set instead. In the early days of the pandemic, sales in the two segments were easily double the previous year. But thanks to all the trial (and the fact that many families remain at home), base sales have remained high. During the 12 weeks ended Oct. 4, dollars were up 20.4% to $247.13 million across channels, according to Chicago-based market research ﬁrm IRI (iriworldwide.com). And as we head in to the holidays, manufacturers say they’ll only continue to grow.

In fact, the biggest challenge is keeping products in stock. It’s always been a problem during peak selling season, but it’s expected to be much worse this year since a. so many consumers “rediscovered” the category, leading to higher-than-usual demand, and b. some retailers cut space for frozen bread and dough pre-pandemic when the category appeared to be in decline, creating “historically small” sets. To ensure consumers don’t leave your store empty-handed, manufacturers say secondary displays — endcaps, portable cases, etc. — are critical. But you might also consider adding an extra facing or two of frozen bread dough in particular since it’s seeing some of the biggest gains and most frequent out-of-stocks.

In terms of assortment, suppliers say the freezer-to-oven segment is underdeveloped, but it oﬀers the most potential for growth. Made up of frozen dough products ready to eat in about 30 minutes, “It ﬁlls the gap between thaw, rise and bake items that take three to ﬁve hours and par-baked products ready in 10 or 15 minutes,” says one manufacturer.

Other suppliers suggest making room for smaller, innovative brands that oﬀer more premium, artisan products likely to elevate segments at risk of commoditization. Yes, that might mean eliminating some SKUs from legacy brands, but as one manufacturer put it: “It’s time to stop stuﬃng the shelves with mass-produced items that have been around forever and do little to grow the category.”

Many brands, both new and old, are oﬀering clean (or cleaner) ingredient panels, but in frozen bread and dough as well as other categories across the supermarket, consumers are looking for even-better-for-you oﬀerings: gluten-free, low-carb, plant-based, etc. So make sure they’re represented in your assortment. And don’t put the cauliﬂower breadsticks in the veggie set or the gluten-free biscuits in a segregated gluten-free door; regardless of what they’re made of, they belong with the other frozen bread and dough products so consumers open to anything can ﬁnd all of their options in one place. (But do use shelf tags to call out specialty items so they’re easy to spot.)

To create a little excitement, retailers should also consider limited-edition and seasonal frozen bread and dough items (think pumpkin spice scones). Or consider oﬀering a signature variety — perhaps a regional favorite — under your own brand.

Another idea that’s starting to gain some momentum is the concept of a “frozen bakery” set that combines artisanal biscuits, focaccia, sandwich bread, pretzel rolls, ethnic items and other premium oﬀerings into a single destination section. Positioned as a “fresher than fresh” alternative to in-store bakeries, such a set could also help “train” consumers to consider the frozen aisle for baked goods. Some manufacturers have also ﬂoated the idea of combining all frozen baked goods into a single “baking” set rather than placing some items in bread and dough, some in desserts, some in breakfast, etc.

Manufacturers say cross-merchandising frozen bread and dough with complementary products is one of the best ways to grow sales; however, the strategy is underutilized in most chains. (In fact, only 12.7% of frozen bread and dough volume was sold with merchandising support of any kind during the most recent 12 weeks.) Including garlic bread or biscuits in meal deals would be ideal, but simply merchandising those items adjacent to frozen lasagna, skillet meals or refrigerated soups would provide a boost. For specialty items, what about combining vegan rolls with plant-based meats?

Retailers can also help by providing recipes — on their websites or social media platforms, in in-store magazines or at the point-of-sale — that give consumers ideas on how to use frozen dough to create cinnamon rolls or gluten-free ﬂatbread to make focaccia. 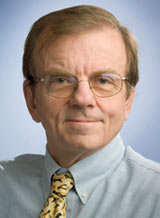 Mini cheesecakes and novel refrigerated SKUs lead frozen desserts innovation. Thanks to strong growth in the cheesecake (+27.6%) and sweet goods (+20.0%) segments, the frozen

Conventional meals are dragging the Mexican Food category down. But tamales and jalapeno poppers are on ﬁre. With plans for international travel postponed until next

Amazon (NASDAQ:AMZN) has successfully won a union election at its Bessemer, Alabama fulfillment center. There were 1,600 votes against unionizing and 650 in favor. Amazon