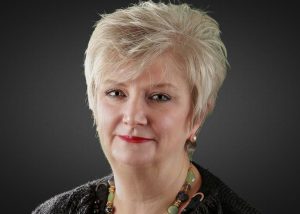 The board of directors of the Private Label Manufacturers Association, New York, has named Peggy Davies acting president of the Association. Her appointment follows the death of Brian Sharoff, president, who passed away last month after a brief illness. Since 2016, Davies served as PLMA vp of association relations. Davies joined PLMA as vp in 2016. Before that she was elected to the board of directors in the early 1990s where, over the course of two terms, she either served on or chaired the programming, trade relations, and communications committees. She was elected board chairman for two terms from 2003 to 2004 and, among many other accomplishments, dedicated efforts toward expanding PLMA’s commitment to education for industry executives. In addition to PLMA, she brings three decades of private label industry experience in executive positions. With Daymon Associates from 1985 to 1989, she was involved in building the private label program at Wegmans Supermarkets in Rochester, New York. From there she entered the manufacturing business as vice-president of private label sales for Comstock Michigan Fruit-Agrilink-Birds Eye. Then, from 1999 to 2015, she was food service general manager for the ingredient business at McCain Foods USA, based in Chicago. In 2012 Davies founded Women Impacting Storebrand Excellence (WISE), a non-profit professional development organization to promote diversity and inclusion in the store brand industry. ###