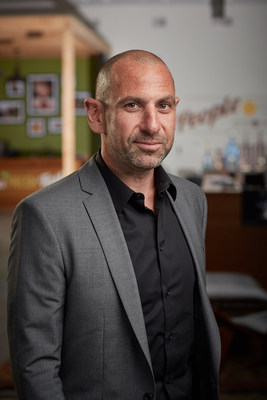 Tomer Harpaz is the new CEO of White Plains, N.Y.-based Sabra Dipping Company, replacing Shali Shalit-Shoval, who returned home to family overseas after five years with the company. Harpaz joins Sabra at a dynamic time for the hummus market leader, which recently introduced a refreshed look and is poised to benefit from growing consumer enthusiasm for freshly flavorful plant-based foods like hummus.

For the past four years, Harpaz was CEO of Strauss Coffee, one of the largest coffee companies in the world. Under his leadership, Strauss Coffee delivered record-high historical performance in growth and profit while introducing significant global acquisitions, innovations and sustainability initiatives, according to a Sabra release. Harpaz will oversee both Sabra and Obela, another joint venture between PepsiCo and the Strauss Group that sells fresh-tasting dips and spreads outside North America.

Prior to joining Strauss Coffee in 2010, he was EVP Strategy, Business Development and Technology at Strauss Group.There, he established The Kitchen FoodTech Hub and Alpha Strauss, food and tech incubator think tanks. Previously, Harpaz served as CEO of the management consulting firm P.O.C., specializing in developing growth strategies across range of industries. He has also been CEO of ARA Minerals and was Co-founder and Chairman of Re:bar Ltd, a fresh healthy drink chain. He holds an LL.B. from the University of East Anglia and a Postgraduate Diploma in Business Administration from the University of Hull.

“I have admired Sabra’s trajectory and am eager to work with this talented team to grow a category with massive potential,” said Mr. Harpaz. “Hummus first captured the attention of U.S. consumers approximately 10 years ago with Sabra ushering its introduction. Today, many U.S. consumers have already discovered hummus as a dip, and that has been the driving force behind the success of the category to date.”

“Now, we are witnessing the emergence of the next wave of hummus in the U.S.,” continued Mr. Harpaz.  “At its origin, hummus is more than a dip and can be the base for a delicious meal. Hummus is gaining momentum globally as a delicious feel good-food, one that delivers on taste and empowers you to feel great about having made a good choice. Chefs in some of the food scene’s trendiest spots are embracing plant-based hummus, placing it on the menu as starter or entree… and at home, consumers are beginning to adopt new behaviors as well.  We recognize and welcome the emergence of the next groundswell of hummus consumption in the U.S. and, as the category leader, we are eager to propel it further.”

According to IRI, the U.S. fresh dips category is estimated at $2.15 billion, excluding food service and some club stores. Hummus represents more than 37 percent of the fresh dips category. Sabra, which operates as a joint venture between PepsiCo and Strauss Group in North America, maintains an approximate 60 percent market share in the U.S. and offers more than a dozen varieties of hummus and on-the-go offerings nationally.

Sabra (www.sabra.com) makes America’s best-selling hummus and has gained recognition for its commitment to the environment. Its state-of-the-art manufacturing facility in Chesterfield County, Va., has earned Gold certification under the U.S. Green Building Council’s LEED certification program. Sabra is a joint venture between PepsiCo and Strauss Group that sells dips and spreads in North America.

About Obela
Obela is a global brand of dips and spreads that is owned by a joint venture between PepsiCo and Strauss Group.  It is sold outside North America.